VKontakte (VK), the largest social media site in Russia, is preparing to launch a payments platform., VK Pay, which will be incorporated into the social network, as reported by Russian news outlet RBC. 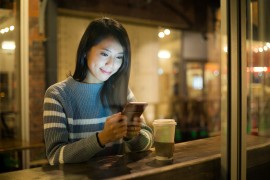 The company will not yet take a commission for payments, but in the future, it expects to create a marketplace with a turnover of RUB 100 billion ($1.5 billion) a year.

The company started working on the platform on 27 June.

VK Pay will have a restriction on withdrawal of cash by users, a maximum of RUB 200,000.

VK will launch a parallel marketplace similar to Facebook’s, in which VK partners will be able to offer services, like sale of air and railway tickets OneTwoTrip; tickets for entertainment events, Kassir.ru and ShowGoGo; food delivery services Grow Food and Delivery Club; call the doctor at home DOC +; etc.

At the moment, VKontakte has 97 million users per month.

Large data companies are now officially in the finserv industry. Read all you need to know about it from this month’s Money 20/20 report.