Coya to stir the insurance industry with new influx of cash 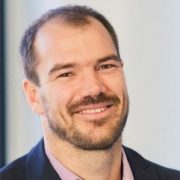 Berlin-based insurance start-up Coya has raised $30 million in new cash, making it a total of $40 million raised from investors, including Valar, eVentures, La Famiglia and a slew of angel investors.

Coya was founded by two ex-employees at Kreditech and two executives from the European insurance industry, and will launch in Germany with a new renter’s insurance service.

Co-founder Andrew Shaw believes that the insurance industry has always had a cumbersome inability to use technology.

Shaw launched the company in 2016 with Sebastian Villaroel, a fellow former Kreditech employee; Peter Hagen, the former chief executive of Vienna Insurance Group; and Thomas Münkel, an executive at Allianz and the former CEO of Uniqa Insurance.

Coya aims to expand throughout Europe after establishing themselves in Germany. Powering that expansion is a German insurance licence, which the company is close to receiving, which will allow the company to access all EU residents under German regulation.