Blockchain Summit 2018: the role of banks and how not to get lost in the hype 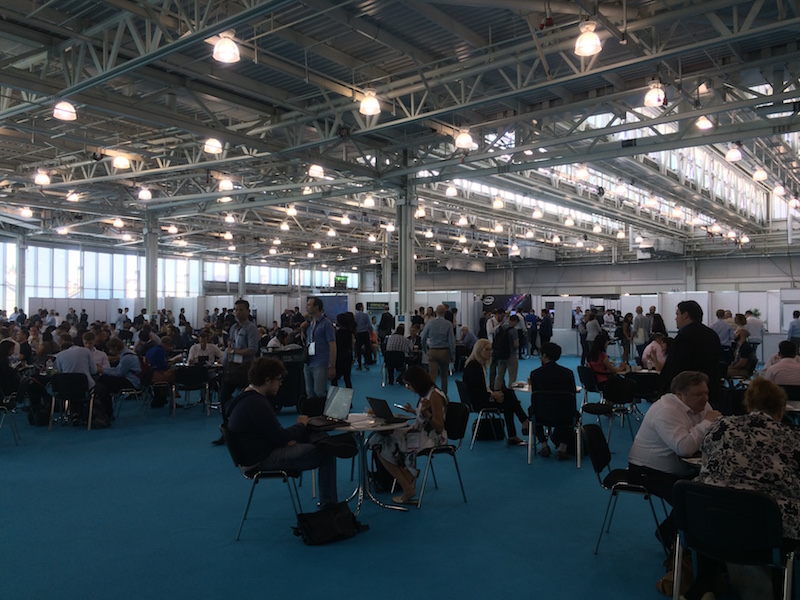 Martin Whybrow reports from this week’s two-day Blockchain Summit at Olympia in London, where banks were seeking to define their role amidst all the new kids on the block.

If nothing else, blockchain has spawned a whole industry of would-be solution providers. Start-ups claiming to give people control of their digital identities filled the exhibition aisles of the Blockchain Summit – all they need now is for people to be bothered. Little Bitcoin signs have lit up a lot of techies’ eyes as they have come to see blockchain as the distributed ledger route to untold riches.

So it is easy, of course, to get lost in the hype. There are charlatans out there – for the first time ever at an event, I googled one of the speakers, who claimed to be from a big UK bank but who gave the impression of having just walked in off the street having read the Wikipedia entry for blockchain.

Some people have made lots of money already, under false pretences, and there was a lot of discussion about the much-maligned cryptocoin-based fundraising model of the Initial Coin Offering (ICO).

Banks are in the mix, also finding their way. In fact, some of the presenters from banks even seemed to know what they were talking about. The trade finance-based consortium, which is just starting with initial transactions, we.trade, was referenced a fair bit. Whether it can succeed in driving inefficiencies and paper from trade, where countless other initiatives have failed over the decades, remains to be seen. However, at least this is a tangible example of a blockchain application, something that remains scare.

The other much-mentioned real-life financial services application was insurance for late flights, which uses open source information about flights to automatically credit the customer once a flight delay has exceeded the time in the contract. Similar smart contract-based insurance products, where measurable events can trigger payments, are likely and this might be extended to services – such as the offer of discounts if a delivery is late.

In these two types of example – trade finance inefficiencies and new insurance products – we have the two likely areas of application. Either “modernising some fairly ugly, long-running processes that are in every industry”, as IBM’s VP, global blockchain labs engagement head, John McLean, put it (touting the Linux Foundation’s Hyperledger Fabric, naturally) or creating brand new products and services. 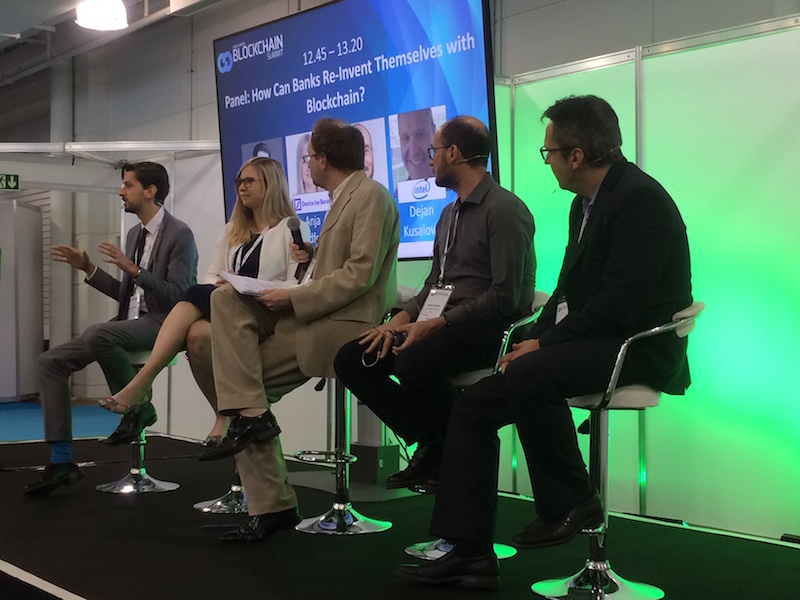 Banks mostly appear in the former camp, fintechs in the latter. Anja Bedford, DLT product director at Deutsche Bank, said there is definitely a push to apply blockchain to existing processes. Where the bank has run some business cases it has found the potential to save money and improve security. However, she emphasised the need to use the capabilities of the technology to reengineer those processes, not merely replicate them. “We want to enhance our processes, we don’t want to just blockchain our processes.”

Mark Simpson, innovation engineer at RBS, cited the SME sector as being “very under-served by technology at the moment” and therefore the most applicable for blockchain, particularly trade finance and syndicated lending. “If the business mode is decentralised then it could lend itself quite well.”

Similarly, Xavier Laurent, blockchain community leader at Crédit Agricole, felt that those areas that had so far “resisted digitisation” were trade finance and other supply chain areas plus syndicated loans. Internally, working with Ripple, the bank has been piloting RippleNet to support salary payments for French staff who work in Switzerland, with the time cut from a few days to a few minutes.

What about new models, enabled by blockchain? Myles Milston, founder and CEO at Globacap, said: “In the next two years – far quicker than expected – our world, economically, will change beyond recognition due to blockchain.” He predicted that the technology will be able to remove many of today’s clearing and settlement cycles.

Globacap is touting a regulated blockchain securities platform on which tokens replace share certificates. For investors, this provides access to SME debt, which currently has no liquid secondary market. Working with the UK’s FCA, it is seeking to provide both debt and equity blockchain securities, with a platform launch scheduled for October.

In trade, IBM is working with Maersk to digitise import and export documents, with McLean expecting financing and insurance products to be offered on the back of this.

Wipro is working with a start-up, said Priya Lakshmi, financial services blockchain partner at the company, to capture and store voice trading on the blockchain, making use of the trust and immutability inherent in the platform. Lakshmi cited reinsurance contracts, mortgages and securities trading as other likely areas of potential blockchain application.

Perhaps the most pertinent bank-related question came from a member of the audience during the banking panel session. “There are a lot of start-ups doing what banks are proposing to do, but they put people in control,” so why should people continue to trust and use banks?

The response was fairly predictable – the banks do have trust and can offer certainty because they are regulated, plus they offer much more transparency around liquidity and working capital. The ICOs of the last two years show what happens when raising capital without regulation, observed Richard Crook, head of emerging technology at RBS. “Regulation is there for a reason.”

Nevertheless, the challenges were acknowledged. RBS’s Simpson talked of the need for internal education within banks and better collaboration with third-parties. In new domains, banks must step up. For instance, they can offer services for cryptocurrencies, he felt, to simplify the journey for customers but if they do not do so, then others will.

Deutsche Bank’s Bedford also envisaged banks having a facilitating role as instruments are opened up through tokenisation, as well as providing cryptocurrency wallet and custodian services. “There is a role for us, we have to figure out which is the value-added one.”