Banking and financial services jobs: mobility at an all-time high 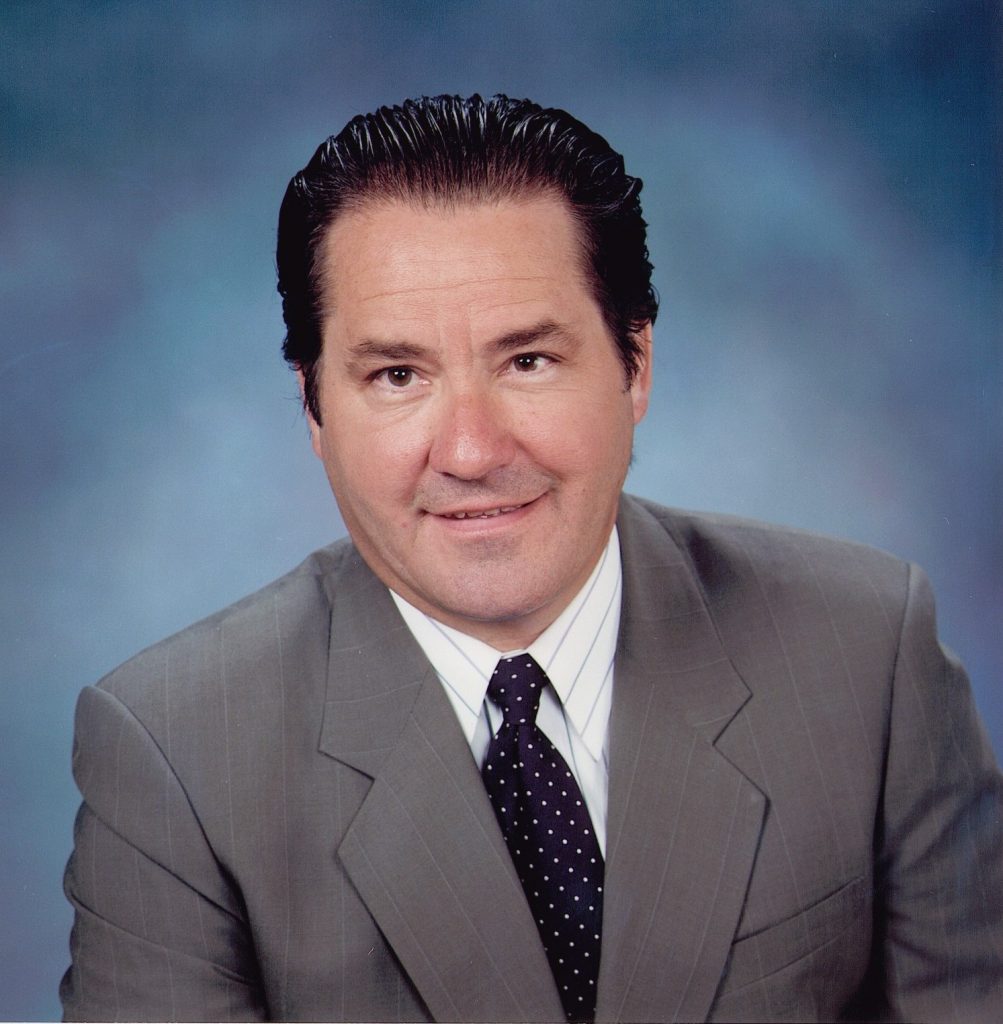 Financial services jobs around the globe are more mobile than ever before. What is driving this? For the past several years, a “decentralisation” trend away from expensive financial hubs like New York City, London, Boston and San Francisco to lower cost markets like Salt Lake City, Jacksonville, Montreal, Dublin and Warsaw has been the dominant trend in financial services industry site selection.

In fact, New York City’s percentage of jobs in the finance and banking industry is roughly 19% of all US finance and banking jobs – a record low for the Big Apple – according to the latest US Labour Department data. This is down from the 30% share New York had 20 years ago.

Here in the US, a new relocation push is being fuelled by heightened merger and acquisition activity being unleashed by the easing of Dodd-Frank Wall Street Reform Act rules. In Europe, Brexit is the relocation stimulus, where London’s share of European banking jobs is much in line with New York City’s plunge.

In the US, M&A activity in the banking sector has been modest since the 2008 financial crisis due to stricter rules on lenders with more than $50 billion in assets and aggressive enforcement of rules barring banks with compliance issues from expanding. This is all changing now due to bipartisan legislation passed in March 2018 by the US Congress raising the threshold for systemically important banks to $250 billion, the biggest change yet to Dodd-Frank. The higher threshold will make lenders that had capped growth to avoid the added compliance and capital costs more inclined to combine and be faced with new site selection decisions.

Our site selection firm here in Princeton, NJ, recently identified 40 top global cities increasingly on the radar screen for new back office operations of the banking and financial services industry. We then ran the numbers on what it costs to operate a typical back office in these markets.

In North America, Montreal is benefitting from Canada’s favorable exchange rate and the city’s deep pool of workers in banking and finance. Montreal has already attracted some 2,000 jobs from Boston-based State Street and New York City-based Morgan Stanley. In Europe, Credit Suisse AG has a growing back office presence in Poland in order to benefit from the country’s relatively inexpensive but skilled labour.

Dublin, a popular destination for financial services jobs leaving London due to Brexit, is ranked in the Boyd analysis as the eighth-least expensive city, almost 30 percent lower than London. Paris, another city expected to benefit from Brexit relocations, shows operating cost structures 14% lower than London.

For many banks and financial services companies, improving the bottom line on the cost side of the ledger is far easier than on the revenue side. New York based Morgan Stanley has announced an initiative to cut up to $1 billion in company-wide operating costs, with relocations to lower price point cities a key element of its strategy. Another New York- based financial giant, Goldman Sachs, already employs some 2,500 back office workers in lower cost Salt Lake City, now its second-largest employment center outside of New York.

In May, asset manager AllianceBernstein announced a major move from New York City to Nashville. The 51-year-old asset manager will move its headquarters from midtown Manhattan to the Tennessee city and relocate about 1,050 jobs beginning later this year. Operations directly related to finance, such as the private wealth management business and sell-side research and trading, will remain in New York, with legal, compliance, internal audit, human capital, finance, IT, operations and sales and marketing relocating to lower cost Nashville. Boyd’s study shows annual operating cost savings in Nashville versus New York to exceed 22%. 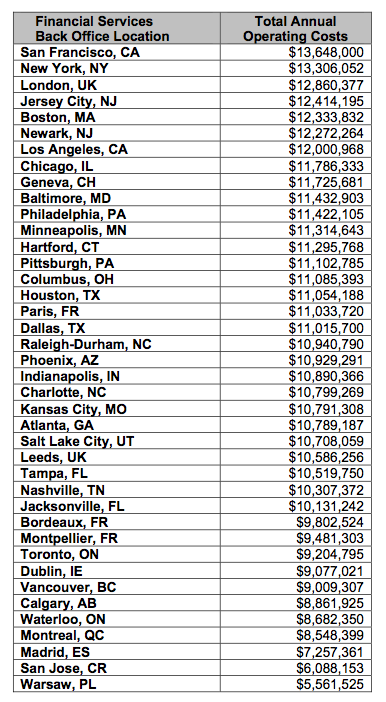 We often say that site selection is both a science and an art. The science being the “quantitative” study of business costs and regulations – and the “qualitative” dealing with the all-important labor market skill sets. No industry is more sensitive to this than the financial services industry – where technology skill sets in artificial intelligence are becoming a major site selection driver.

It is estimated that artificial intelligence (AI), also known as cognitive computing, will replace roughly half of all financial services jobs over the next 15 years. Banks around the globe are investing heavily in AI. These investments include programs to analyze documents, extract data, facilitate payments, application programming, virtual solutions, cybersecurity and mobile banking.

What does this mean for banking industry site selection? One major upshot is that banks will be competing with technology companies for coveted and scarce AI talent. This means that Boyd site selection searches for our banking and finance clients need to two-fold: one focusing on markets with deep pools of traditional finance talent and one focusing on available skills in the emerging AI sector. Montreal, for example, is a good case study as it is home to one of the top university programs in AI – led by Yoshua Bengio at the University of Montreal – along with it housing a talent pool of some 78,000 financial services workers, one of the highest per capita figures in the world.

Also in May this year, on the other side of the globe, South Korea announced a new $2.2 billion program to become a major AI player, joining China – already a recognised leader in AI. While the early media coverage of this initiative focused mostly on the defense industry (after all, the announcement was in the wake of the planned nuclear disarmament meeting between Kim Jong Il and Donald Trump), banking industry analysts expect South Korea’s AI investment will lead to significant growth in that country’s banking and financial services sector.