Another Australian challenger bank has appeared on the scene with the big four – ANZ, CBA, NAB and Westpac – in its crosshairs. 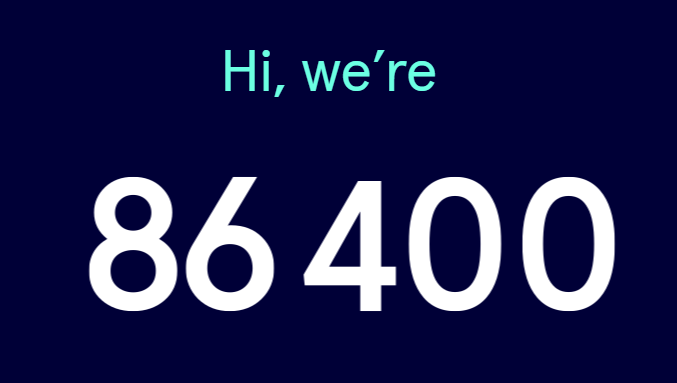 86 400 says for the past 18 months, it stayed in stealth mode and expanded its team to more than 60 people.

The plan for 86 400 requires in excess of $250 million of capital over the first three years of operation, with “additional shareholders expected over that period”.

​Thomson says – and this sounds familiar: “Australians deserve more from banking. They expect better treatment and a better experience, and that’s exactly what we’re here to provide.”

86 400 will launch in beta towards the end of 2018 and intends to launch to the public in the first quarter of 2019, complete with a transaction and savings account from day one. Further (unspecified) financial products will be added over time.

The company says it has been working with the Australian Prudential Regulation Authority (APRA) and is “well progressed” into the process of obtaining a full banking licence.

Bell says: “In order to compete with the big banks, we not only need to offer the full range of services, but we also need to do things differently. 86 400 will have a beautiful, intuitive app, but that won’t be where it ends. We’ve invested a huge amount of energy into building a bank that is technology-led from the start.”

He adds: “The crucial thing is the interplay between the core banking ledger and the technology. The technology has to work with the ledger, not for it. Only then will customers have a bank that’s working for them. That’s exactly what we’re building.”

If you’re wondering where the name 86 400 comes from, he explains that customers get support “every second, of every minute, of every day – all 86 400 of them”.

86 400 will be available as both an iOS and Android app from launch.

Neobank Xinja has plans for a mobile-only digital bank. Back in March it unveiled its prepaid travel and spending card and app.

In May, Sydney-based Volt Bank was given Australia’s first new restricted banking licence and is now working towards becoming a fully licensed bank.