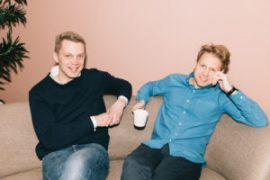 With Tink’s API, developers will be able to take advantage of the company’s Account Aggregation and Categorisation solutions to design and launch products for end users.

The offering provides unanimous access to financial data from 300 financial institutions – all from a single API. By managing authentication and the customer-bank interaction, Tink says its platform frees developers to focus on the creative work of building and deploying new solutions for customers.

“Businesses can now come to us and implement something new in just a day, instead of having to wait for banks to open their APIs in two years time,” Tink CTO Fredrik Hedberg says. “By democratising access to financial data, Tink is tearing down the barriers to innovation, and becoming the missing link that has stopped these ideas from becoming reality.”

The developer platform initially will support Nordic banks, with a broader European roll-out anticipated “soon.” The technology is already being used by banks like SBAB, which is leveraging the API to launch a “mortgage challenger” solution to help would-be homebuyers get the best deal on financing a new home.

Tink’s API will also help developers maximise the opportunity of PSD2, new Europe-wide regulations that will enable third-parties to access consumer financial data upon consent in order to deliver innovative, new products to consumers. And while PSD2 regulations will not be in full effect for another year and a half, companies like Tink have been preparing themselves for this kind of relationship between FIs and third party developers since inception.

“At Tink we have been trailblasing PSD2 since 2012,” Hedberg says. “The ability to aggregate data is what has enabled Tink to grow into the business it is today. We know from experience that there are countless developers out there with brilliant ideas – but innovation has been held back by the lack of access to financial data.”

The company emphasises that because it aggregates more than PSD2 payments data, its platform can be effective for developers in a variety of sectors who want to leverage financial data to better enhance their customer-facing products.

Tink was founded in 2012 and based in Stockholm. Last month, it partnered with BNP Paribas Fortis to integrate its account aggregation, PFM, and payment initiation technology into the Belgian bank’s mobile app.

In October, Tink picked up $16.5 million in funding which took the company’s total capital raised to more than $30 million, and set the stage for further expansion into the European market. Tink also announced a trio of new bank customers: Nordea, Nordnet and Klarna.