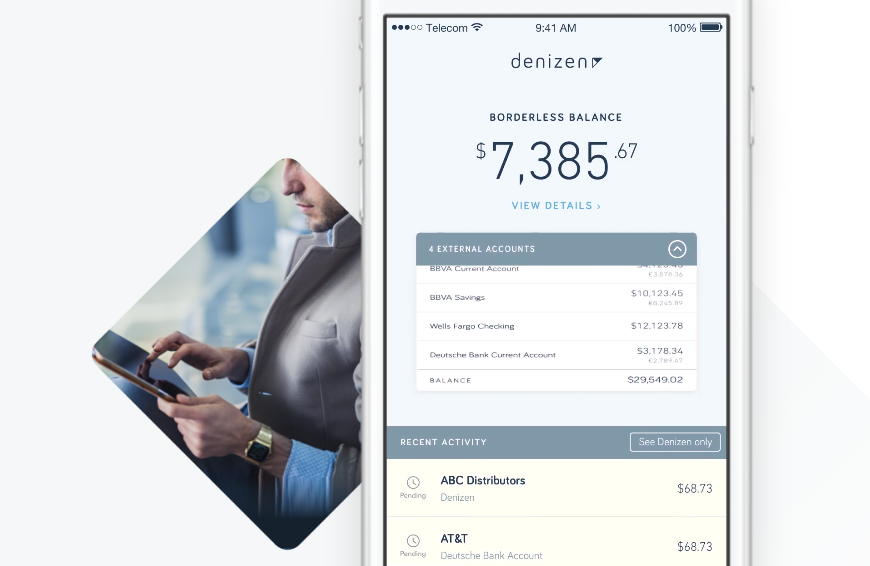 San Francisco-based Denizen has unveiled the “first true global, borderless account” for expat banking which allows customers to receive money in one country and pay it out in another.

Like many other opinions in fintech, Denizen says country-specific regulations, currencies and settlement times “effectively halt the free flow of money around the world”.

The account is the first product in a planned (and unspecified) family of Denizen solutions for international banking.

The firm says its account offers a no FX fee, a no bank-owned ATM fee debit card and a mobile app.

Denizen is co-founded by Joaquin Ayuso, the former co-founder and CTO of Tuenti, described as “the Spanish Facebook”. Might have been best to omit that quote based on current events.

Denizen’s initial funding round was provided by BBVA’s New Digital Businesses unit, which is incubating start-ups in its Silicon Valley-based fintech lab.

The account is currently available to expatriates living in Spain and US. The service is set to expand in 2018, with up to ten (unnamed) European Union countries in the second half of the year as well as the UK.

If you’re still with us, the theme of borderless banking is nothing new.

In July, a consortium of European private and public sector organisations said they were testing out the use of a citizen’s national digital identity from France to open a bank account in the UK. The group includes HSBC, Barclays and Orange.

A month before that, UK-based payments start-up Revolut unveiled its new business service across Europe for multi-currency accounts, transferring money and corporate cards.

Revolut’s idea is very similar to TransferWise’s one, which In May unveiled its “Borderless” account with the promise that it works like a local bank account in different countries.

There is also a new pan-European banking service launched – Ditto – from Travelex.