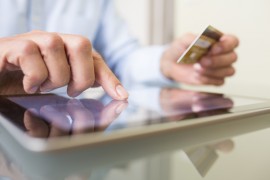 Getting cards into e-commerce circulation faster

In a world where the average consumer carries more than three credit cards and a growing number of consumers are using those cards to shop online, it is critical that the infrastructure that delivers these cards works as seamlessly as possible – as well as for the benefit of all participants in the process.

This is what makes the new technology from Switch so compelling, the vendor says. The Seattle-based company has unveiled Cardsavr, the first API of its kind to give card issuers the ability to get new and re-issued cards into circulation with thousands of online merchants immediately after activation.

According to Switch, its new offering is “the first and only fintech addressing this credit card management issue for consumers, merchants and financial institutions”.

“Until Cardsavr, banks and merchants were held hostage by archaic credit card networks’ issuing and replacement processes and the inability alone to digitally help their cardholders manage online payments,” explains CEO of Switch, Chris Hopen. “This is the first time an API provides all card brands with direct control over a large source of potential and/or lost revenue.”

Switch made its name as a platform that enables consumers to easily manage their credit card accounts. With Cardsavr, the company says it is leveraging its core platform to help issuers and merchants increase or recapture revenues lost through the current, inefficient process.

“Our platform increases both their bottom line around credit card circulation issues and enhances cardholders’ online purchasing experiences. All parties of the e-commerce ecosystem benefit,” Hopen says. He adds that Cardsavr API currently supports thousands of e-commerce sites and leverages machine learning (ML) to add more merchants daily. This enables faster card updates, Hopen explains, which was a feature merchant issuers especially like because of the way getting cards into circulation drives outside spend, as well.

A standard REST API with support for basic CRUD (create, read, update and delete) operations for cards on-file, the Cardsavr API makes it easy for card issuers to integrate Switch’s technology into their online and mobile banking apps, according to the vendor.

Mark Morrison, president and CEO of MountainCrest Credit Union and a member of the focus group that explored the Switch app, agrees: “The Switch application is extremely easy to use and provides a much faster way to pay and shop at card-on-file sites”.

Switch was founded in 2014 and has raised $1.6 million in funding so far. It says it will name a “significant list” of partners for Cardsavr API soon.