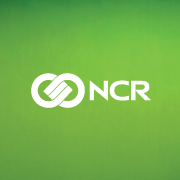 Two headlines from NCR Corporation reflect the breadth of the company’s work with financial institutions and underbanked populations around the world, writes David Penn at Finovate (FinTech Futures‘ sister company).

First up is news that NCR has been selected by BankDhofar in Oman to overhaul its current self-service banking network. The bank will also deploy NCR’s SelfServ 80 Series ATMs, upgrading BankDhofar’s current line-up of older NCR ATMs.

The bank’s AGM and CIO, Dr. Tariq Taha, says the ATM upgrade will enable the bank to purse new growth opportunities as well as provide a “next-generation customer experience”.

The new ATMs have a widescreen display that enables multi-touch function and comes equipped with a cash dispenser that provides up to a 60-note bunch (approximately OMR 3,000 or $7,800) per transaction. Customers will also be able to deposit up to 4,000 notes and 400 checks. “We are proud to be the first in the country to offer this revolutionary technology that delivers intuitive and striking interfaces to access banking transactions and services on-the-go,” Taha states.

NCR also announced a special deployment of its ATMs in remote areas of India in an effort to better reach the underbanked. The company said the deployment of the small-footprint, SelfServ Select Edition Cash and SE Recycle ATMs will enable financial institutions to provide cash more readily to an economy that is more than 19% unbanked and conducts more than 50% of its retail transactions in cash.

“Financial inclusion is emerging as a new paradigm of economic growth that plays a major role in driving away poverty from the country by reaching and serving the underserved,” says Jose Resendiz, VP and GM for NCR Financial Services.

Headquartered in the US state of Georgia, NCR has a market capitalisation of $4 billion. Bill Nuti is chairman, president and CEO.