Our last round-up, (20 December), was a bundle wrapped up and tied with a bow for the holidays, but now it’s a new year, so how about the gift that keeps on giving with 2018’s first fintech funding round-up. Features IBM, Comcast, MState, EarlySalary, Previse and Dinghy. 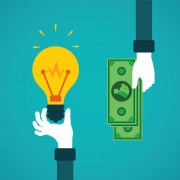 Starting with IBM and Comcast, both have shown an interest in blockchain software. With reports saying the two companies will become the largest backers of a new fund focused on early-stage blockchain start-ups.

Investment firm MState, as part of the venture, is buying equity in tech firms from employees and other small stakeholders. MState plans to invest between $25,000 and $50,000 apiece in about a half-dozen start-ups over the next six months. The firm says funding will have an emphasis on developing blockchain products. As for Comcast and IBM’s involvement, the capital investment is set to come from Comcast; IBM will focus mainly on providing various support services to the start-ups. The fund’s first investment is a San Francisco-based start-up called Blockdaemon that has created a platform for easing the deployment of blockchain networks.

The company says the funding will be used to offer new products and tenure options to customers, as well as bolster the company’s technology stack and expedite the integration of machine learning (ML) capabilities for “faster and more efficient risk management”. Founded in 2015 by Akshay Mehrotra and Ashish Goyal, EarlySalary provides salary advances, cash loans and a risk scoring system. The company aims to become profitable by the end of 2018.

Back in Blighty, London-based start-up Previse has received a £800,000 R&D grant from Scottish Enterprise. The firm says it will use the money to open a new development centre in Glasgow, creating 37 data science jobs.

It will be the firm’s first office in Scotland, from where it will look to roll out its first instant payments programme. According to the firm, its proprietary technology leverages artificial intelligence (AI) to allow large businesses to pay their suppliers the day they receive an invoice. It works by using millions of data points and creating an independent score of a multinational buyer’s likelihood to pay an invoice. The data is then used to decide on which invoices will be paid, allowing for funding to be extended to SME suppliers.

Finally, we have Dinghy, a new mobile-first, on-demand insurance provider for freelance professionals. After going live this week, it secured a $1.2 million round of funding led by Balderton Capital and joined by industry angel investors and ReSolution.

Dinghy says it expects its core market to be made up of tech developers, designers and consultants. With self-employment on the rise in the UK, Dinghy has built an online solution from the ground-up with freelancers in mind, so that the process from quote to claim is “fast and hassle-free, with the ability to chat to experts”.