Friday wouldn’t be completed without a follow on from the blockchain and Bitcoin round-up yesterday (7 December). The latest features IOTA, Microsoft, Indonesia’s central bank and Australian Securities Exchange. 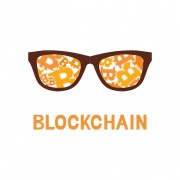 Starting with IOTA and Microsoft. It has been discovered that the latest blockchain to hit the market IOTA may be misleading in its latest news regarding a partnership with Microsoft. As reported by Techiespad, research was carried out to see if the partnership news held true and it wasn’t. But that still hadn’t stopped the coin price to fluctuate and jump to the fourth position within hours on the coin market cap.

However, there is more to it. Delving further, it’s revealed that IOTA did go around announcing its partnership, but these came from small tweets showing; if anything, it’s in talks with Microsoft. The only known link between Microsoft and IOTA is the use of the Azure platform for development. No other sites reported on such partnership, but on 6 December, IOTA tweeted out that they are meeting with Microsoft France on 14 December. It is, however, just a meet-up and doesn’t mean a partnership. Still, it could be a sign of going forward, and if so, could well be part of a masterful plan to make the value of IOTA to shoot up – no doubt, with 2017 being the year of spreading “fake news” and passing rumours as news, it’s working.

Meanwhile, what’s not going down under is Australia’s use of blockchain as Australian Securities Exchange (ASX) announces its intended implementation of the technology to replace its existing equity transaction processing system.

In partnership with Digital Asset, which is providing the technology, it will be the “world’s first” securities exchange to adopt the technology as part of its core services. Replacing its current system, CHESS (clearing house electronic sub-register system). ASX say it spent the past two years researching and testing distributed ledger technology (DLT), which included independent third-party reviews of Digital Asset’s solutions. ASX expects to transition to the new system by the end of March 2018.

Finally, not jumping on the Bitcoin bandwagon is Indonesia’s central bank, which has revealed that it is considering putting regulations that would potentially outlaw Bitcoin transactions from 2018. The reason? As explained by Bank Indonesia’s head of transformation, Onny Widjanarko, the bank is seeking the ban due to concerns over Bitcoin’s potential risk of use in terrorism financing, money laundering and drug trafficking.

The central bank says it’s currently conducting a review to determine whether Bitcoin could be regulated under existing e-money rules or in a separate framework addressing cryptocurrencies. The bank also appealed to businesses to not accept Bitcoin as a payment, saying Bank Indonesia would not be responsible for the losses made via Bitcoin transactions.