Barclaycard building digital bank in US 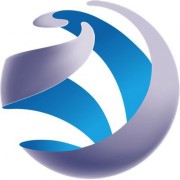 Barclaycard is rebranding itself to Barclays in the US as part of its retail digital banking strategy in 2018.

According to Tearsheet, Barclaycard says since last November it has been targeting prime and super-prime borrowers with an online personal loan offering on a test-and-learn basis to a small group of customers. Barclaycard plans to launch the same offering publicly by the middle of 2018.

Unlike in the UK, where Barclays is based, its brand is well known among consumers, in the US it doesn’t have the same kind of presence. While it does provide financial services in the US under the Barclaycard name; without a branch or offerings beyond credit cards and savings, it just isn’t a household name.

Barclaycard CEO, Curt Hess says: “Being a card business and heavily involved in analytics, data and the power of payments is a good starting point for us to branch more deeply into consumer retail banking.”

Earlier in the year, Barclays US said it was dipping its toe into the financial health business, testing a personal financial management tool that aggregates all of a customer’s Barclays credit cards, personal loans and savings products – as well as accounts with other banks – in one place.

Later in November, Barclays trialled a system that itemised digital receipts to its customers via a partnership with start-up Flux, a rewards and receipt platform.