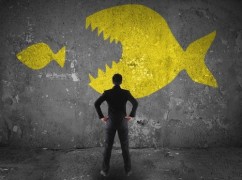 The deal, which is reportedly worth more than $40 million, was first reported by Axios. However, neither company responded to calls for comment. An AWS spokesman did not return an email from Enterprise Cloud News seeking additional comment.

Sqrrl, which is based in Cambridge, Massachusetts, US, was founded in 2012 and has been developing big data analytics to help detect, investigate and visualise a host of different security threats. The company’s platform helps to automatically detect patterns in the data and through its visualisation tool, allows companies to assess the threat and take action.

The company’s founders previously worked for the NSA, according to Axios.

Since its founding, Sqrrl has managed to raise about $26.5 million in funding, according to CrunchBase.

While AWS is considered the leading provider of public cloud services, dwarfing its nearest rivals Microsoft Azure and Google Cloud Platform, the company continues to add features into its platform.

Specifically, AWS has been adding layers of security to the cloud. The latest addition is GuardDuty, which analyzes API calls and network activity across accounts to establish a baseline of so-called “normal” account activity.

With features such as GuardDuty, as well as the possible acquisition of Sqrrl, AWS is looking to use technologies such as automation, machine learning, as well as analytics, to add security to its cloud, as well as a layer of automation that will take some of the cybersecurity out of the hands of customers.

In a recent report, NSS Labs found that cloud security is a shared responsibility between the cloud provider and the customer, but, at the end of the day, it’s the enterprise that is ultimately responsible for securing the data of its own customers.

The benefit to what AWS is doing is that it shoulders a greater deal of that responsibility within its own cloud infrastructure.