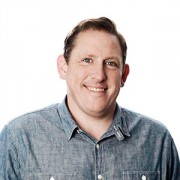 Through increasing functionality and by consistently pushing boundaries, super apps could have the power to influence, shape and even redefine m-commerce of tomorrow. Tom Wood, co-founder and managing partner of experience design agency, Foolproof, shares his insight on the opportunities that super apps could bring to m-commerce.

In less than a decade, the speed, simplicity and mass adoption of mobile payments has turned China from a cash-only society into an increasingly cash-free society. China interestingly have a mistrust of credit cards, and by proxy contactless card payments and have instead developed more of a trust in mobile technology.

In the west, the advent of contactless payment technology has been instrumental in the decline of carrying cash as consumers have increasingly adopted and developed a trust in tap and go payments. Therefore, where cash payments in the west went to payment via credit card, in China there was a shift to mobile payments.

Power up the super app

This mass adoption of mobile payments in China and movement towards a cash-free society was largely influenced by the growth of the “super app” WeChat, which has seen rapid adoption since its launch. The biggest shift happened in 2013 when WeChat integrated payments into its platform. By integrating payments WeChat became a place to house all activity from e-commerce and browsing, through to diary management and banking.

Experience design agency Foolproof’s recent ethnographic study of how WeChat adoption has grown and become the essential payment tool in China, gives some interesting insight into a potential future for super apps in the west and how they could have significant impact on the mobile banking experience. In particular, looking at China’s WeChat usage gives a potential future vision of the app landscape and what this means for a more streamlined mobile banking experience for customers.

Mobile – not cash – is king

In China, the shift from cash to contactless payments went straight to mobile and today, only 2% of China’s 53 million people own credit cards. WeChat’s payment success was in large part due to the decision to launch its payment service as part of a campaign around Chinese New Year. The timing made it easy for people to share red packet money digitally, rather than having people prepare and carry around large amounts of money for gift distribution in little red packets.

The current shift in the west towards mobile payments is migrating more towards adding credit cards into the phone via contactless payment, but over time, we see this changing to be more like mobile payments like the WeChat wallet format. The biggest challenge facing the west in the near future will be a need to disrupt credit card payments and to encourage people to develop a similar trust in mobile payment technology, which is already seen in China.

To increase mobile payment adoption Facebook are not currently taking a transaction fee. This is in direct contrast to the credit card processing fee that merchants need to pay, both online and offline – which is often passed on to the customer through raised prices to compensate. In the UK these processing fees will be removed as of January 2018.

One thing is clear, when the super app payment landscape takes off, there is likely to be a challenge for big players such as Visa and Mastercard. The key differentiator with what Facebook is doing is that it connects directly with people’s banks through debit cards, rather than using the credit card companies as an intermediary. This is the change that is likely to disrupt Visa and Mastercard, as when people start to deal directly through their bank accounts, it will open up a future landscape for peer-to-peer payments, or even further down the line where a retailer is connected directly to a customer through Facebook. Credit card companies are effectively at risk of being cut out of the equation.

Payments online is already established with platforms like Paypal and Amazon, and therefore payment data has already been collected for millions of users. We are also starting to see Facebook test functionality that seems to indicate a move to becoming a ubiquitous one-stop mobile platform. For the super app experience to really take hold in the west it will require a player with a massive global user base, like Facebook, to influence wide-scale adoption and social sharing. However, for social networks, like Facebook, to be successful in this space they will need to convince people of the value of adding their banking information to a third-party platform that’s origins are not related to the payment industry.

The story of Facebook’s social roots is well documented. The model for the platform has already changed considerably from the original social network. However, in the last two years Facebook has also been developing a number of other features and services which echo what WeChat has been doing in China, and hints to Facebook’s intention of becoming its own version of a super app.

Being a social network first allowed WeChat to build a user base that was already well connected in people’s social groups. Once WeChat integrated payments people who were already connected had the ability to spend money easier, splitting bills for large items like vacations, down to small items like dinner – all in the WeChat app. This is where Facebook will have the advantage over payment platforms like Paypal and Amazon as Facebook has an interconnected user base, rather than just a large number of users.

Facebook has integrated a QR code system and reader, opened up APIs for brands to integrate with Messenger, launched Facebook Payments and looks set to further extend its interest into wallet and payments in the months ahead.

QR codes are popular with WeChat users and have been a huge driver for its success in the payment space. Our research uncovered that scanning codes is a natural part of everyday life in China and the WeChat Wallet makes paying for a cab or sending money to a friend a seamless experience – just through the scan of a QR code.

In the west, we haven’t embraced the QR in the same way so to gain the same rate of adoption as WeChat to need to move towards embracing them – or possibly even NFC – for super app mobile payments to have a chance at gaining traction. With Apple Pay introducing NFC anyone looking to make a space in the super app world they will need to consider what this means for them.

One final thing worth noting on the subject of super apps arising in the west: January 2018 will see banks mandated in the UK to share their data with third parties. The open sharing of data is one of the reasons that WeChat has been able to incorporate so much functionality in its app. However, in the US no such legislation is planned as many large organisations are claiming that sharing such information is a security risk so this could provide a significant hindrance to emerging super app players achieving full domination in the west.

As apps increase functionality and push the boundaries that come with opening up APIs with other services, new opportunities will be provided for businesses and its success will be influenced by businesses willingness to share information.

And as for mobile payments? There are still some hurdles to overcome for a change to really take shape in the west. Many apps will need to evolve as some of their functionality will be better served inside the super app. So, rather than having a banking app to move around money, people will expect to have this functionality within their super app.

One thing is clear, Banks will need to take a big step to start sharing their data with third parties, and people will need to be educated on the advantages of using QR codes for payments over traditional credit cards.