Rising from down under, Australia’s fintech industry grows

There’s some glorious thunder down under, with a census revealing that the Australian fintech ecosystem has seen massive growth over the past year.

According to the annual EY FinTech Australia census – based on survey results from 166 fintech companies – it found that the nation’s ecosystem has boomed over the past 12 months, seeing rapid growth with firms revelling in a 208% (or 3.1 times) annual median revenue jump.

From the census, details also showed about a quarter (24%) of fintechs are reporting their revenue growth increased by more than 700%, with the increase in trend predominant among companies less than three years old.

FinTech Australia chair Simon Cant says the results show the country’s industry was becoming the first choice for many Australians.

“The fact that the industry has experienced a tripling in median revenue is a strong sign that fintech firms are acquiring customers and making strong inroads into the traditional financial services sector.” 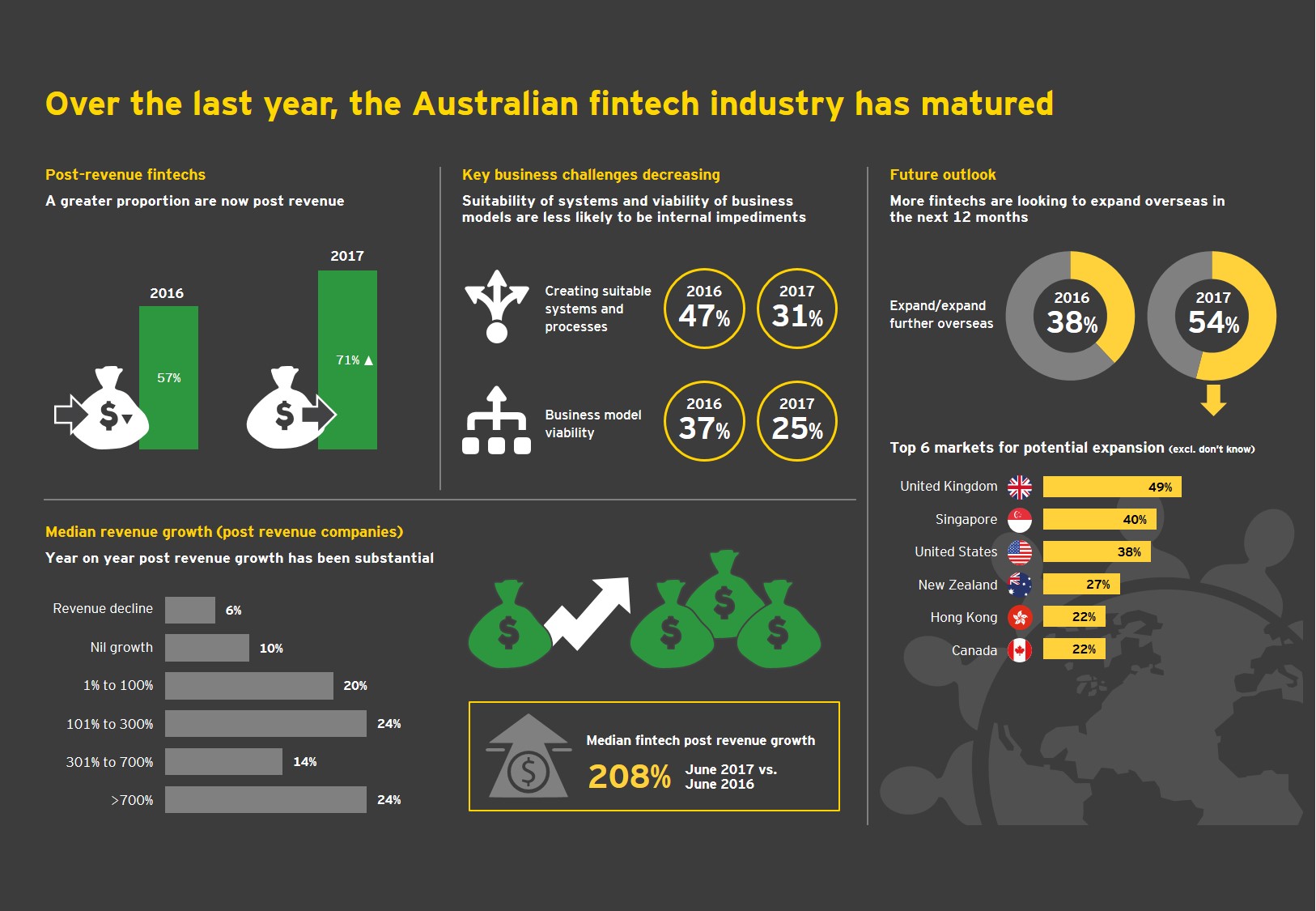 The census results align closely with another research report, the 2017 EY FinTech adoption index, which in June 2017 found that a total of 37% of Australia’s digitally active population are now fintech users, compared to 13% in 2015.

Further, it showed that 54% of companies listed prioritising expansion overseas over the next 12 months – up from 38% in the 2016 – with main targets for expansion being the UK, Singapore, US, New Zealand, Hong Kong and Canada.

Cant followed on by saying: “It is exciting to see that fintech firms are now sufficiently comfortable with their domestic positions to be increasingly planning international expansions. This is another sign of a healthy and maturing industry.”

Alongside the census was a factsheet (see above and below) detailing how the Australian fintech industry has “matured” with detailed statistics and outlook for its future. 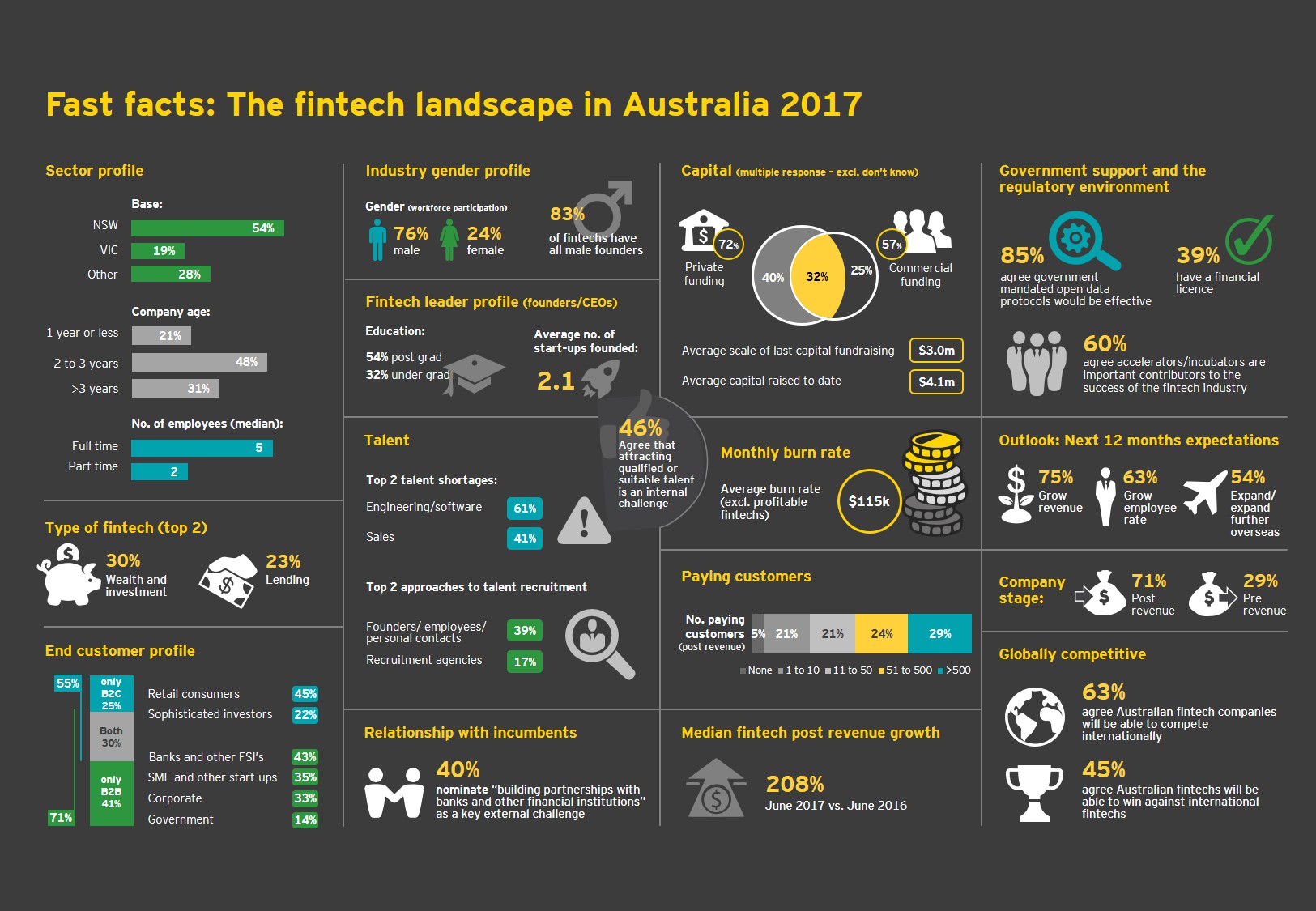