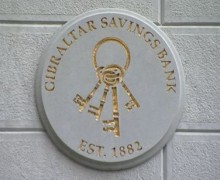 The bank originally signed for the BankWare system in 2014

The bank originally signed for the system in 2014. The implementation will provide support for the bank’s “instant access deposits, teller services and general ledger modules” for its 11,000 customers.

In order to build the BankWare database, customer data is exported from the bank’s legacy system and loaded into AMLtrac’s know your customer (KYC) and document management module. The data is then scanned against the various government sanctions along with risk-weighing before being loaded into BankWare.

There are no timelines, but remaining phases are planned to be the introduction of iFinancial’s internet and mobile banking platforms.

iFinancial has been established for over 30 years, with its main products being the long-standing BankWare core system and the anti-money laundering solution, AMLtrac.

AMLtrac is used by the likes of BFC Bank in the UK and Global Fidelity Bank in the Cayman Islands.

BankWare has a small customer base of around ten banks, predominantly in the UK. Earlier this year, Ziraat Bank in London embarked on a core modernisation programme, replacing BankWare with Misys Fusionbanking.

A couple of years ago, another UK-based bank, Raphaels Bank, replaced BankWare with Phoebus Software.