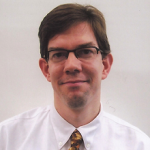 In trying to balance its budget, the Illinois legislature has taken aim at the wallets of the poor.

Two changes by the state government will make it harder for low-income people to manage their financial lives by reducing the usefulness of prepaid cards and increasing the expense of cashing a check.

The legislature changed its unclaimed property law so that payroll cards are treated as wages subject to a one-year escheatment period, instead of as a consumer account subject to a longer escheatment period. This means that if a cardholder hasn’t used the card within a year, then the Illinois government would get to take the money loaded onto the card.

Some may ask what the problem is. When would a payroll card holder not use their wages within a year’s time?

Payroll card providers have noted that their cardholders often have bank accounts and use the cards to set aside money for special purposes. Consider someone who picks up extra work around the holidays, perhaps working several shifts in retail. She or he might decide that they want to keep that money separate to help the family take a vacation next December.

So, the worker chooses to get paid via a payroll card to keep the money earned in December set aside for next year’s vacation. Next year comes around, and this same worker sees that there is a great deal on vacations just after the holiday rush, so she decides to wait to use the card. Under the new law, come January, the money is in the hands of the state, not on the card.

Of course, the worker could reclaim the funds from the state, but the process would be much more work than deciding to start using the prepaid card again.

Along with the burden put on cardholders, the expense of operating a prepaid card program also will increase. Payroll providers will need to jump through more hoops to operate a program. Also, because of the retroactivity provisions of the Illinois law, providers will be required to empty existing cards and turn the money over to the state.

As the state threatens to force people from cards back to checks and cash, it is making life more expensive for cash-based customers. The Illinois Department of Financial and Professional Regulation has recently approved an increase in the rates that check cashers can charge. These new rates are below.

Recent policy changes by Illinois that impact the financial services industry are steps backward for the most vulnerable populations in the state. Rather than discouraging people from using prepaid cards, the state should be working to make its regulations friendlier to the one industry that helps low-income people, small businesses and government agencies save money—the prepaid card industry.

Ben Jackson is the chief operating officer for the Network Branded Prepaid Card Association, a Washington D.C.-based nonprofit that advocates on the hill and beyond to share the benefits of prepaid to policymakers, media and consumers. Ben has 20 years of financial services experience, including nearly a decade working in the prepaid industry. He can be reached at [email protected]