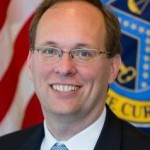 Acting Comptroller of the Currency Keith Noreika told FinovateFall attendees in New York this week that the agency is still in the exploratory phase of its fintech charter, according to news reports.

The controversial fintech charter has been welcomed by some in the industry, although there is some uncertainty as to whether capital and other requirements still could be too high for all but the largest tech companies.

State regulators, however, are up in arms, saying there’s no need for federal regulation of fintechs and such a move also could weaken consumer protections. New York and the Conference of State Bank Supervisors are challenging the proposal with lawsuits.

The OCC filed a motion to dismiss the bank supervisors’ suit since it’s not “anywhere near deciding whether we’re actually going to use” special charters.

“We aren’t yet ready to accept applications because we want to just talk to these companies to get a sense of what your business line is before we entertain applications,” Noreika told Reuters prior to the conference.

The OCC is exploring a pilot program for financial technology companies, according to Corporate Counsel. In other countries, the concept has been referred to as a regulatory sandbox, in which companies can test new products and business models without worrying about the regulatory consequences.

Whatever the name, Noreika said, “there are a lot of legal risks that come with it” that could come “from perhaps not getting it right,” according to the Corporate Counsel report. And absent congression­al action to change the legal frameworks around consumer protection, “a sandbox or pilot program can only get you so much safe harbor.”

The CFPB has also been welcoming of fintechs, so long as consumer protection is at the forefront of product design. The bureau in 2016 began a no-action letter policy, by which companies could apply for a letter from the bureau stating that staff has “no present intention to recommend enforcement or supervisory action with respect to the particular aspects of the company’s product,” thus reducing regulatory uncertainty about new products or services.

Because the no-action letters could be revoked at any time and wouldn’t apply to products or services as they evolve, applying for such a letter was not without risks of its own.

Coincidentally, the CFPB on Sept. 14 announced it has issued its first no-action letter to Upstart Network Inc., which uses alternative data to make credit decisions.

The lesson in all this, as CFSI’s Jennifer Tescher pointed out when discussing Square’s recent application for an Industrial Loan Company charter, is this: “our current [regulatory] system is inadequate for the 21st century, tech-driven marketplace.”