If you’re trying to cater to millennials, you need to understand how they think and feel about money. Common Cents Lab, a financial research lab at Duke University supported by MetLife Foundation, this week released its first ever Millennial Regret Spending Report, which can help companies do just that.

“While it’s common to regret the last thing we ate, it may be equally common to regret the last thing we bought,” says Dan Ariely, Professor and behavioral economist. “The feeling of regret, while not pleasant, may serve as a teaching moment to help us understand what we enjoy and what we don’t enjoy. By systematically understanding the things people regret, we can design systems that encourage us to spend our money on things that make us happier.”

Conducted in partnership with Qapital, a fintech app focused on helping people save and spend better, the study surveyed 1,000 Americans between the ages of 20 and 36 years old to identify which purchases they regarded as either most regretful or most satisfying.

With new apps and financial services for millennials popping up all the time, providers that design products with these attitudes in mind may have the most success winning over this coveted group of consumers. 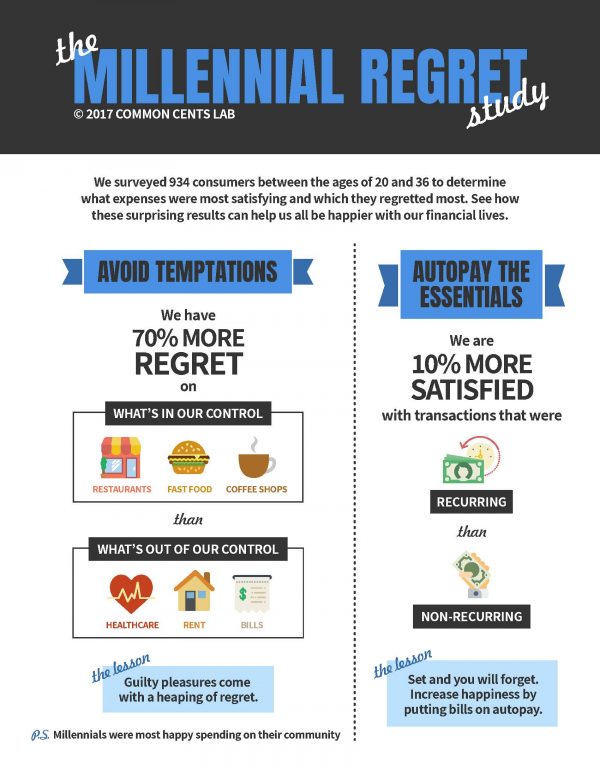