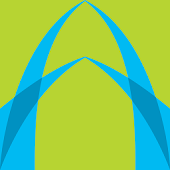 International Turnkey Systems (ITS) has upgraded its Ethix core banking system at one of its largest clients, Commercial Bank of Dubai (CBD).

CBD is a long-standing user of the Ethix system, starting with its predecessor, Phoenix. The previous major upgrade of the core system at CBD took place in 2012, it is understood.

Harris Mygdalis, deputy CIO at the bank, says the Ethix upgrade was completed “on time and without any post roll-out issues”.

He adds: “Meticulous planning, multiple rehearsals, a well defined project scope, and over 900 systematic tests with close involvement with the CBD team ensured flawless execution with no major glitches.”

In 2014/15, the bank was rumoured to be looking to replace Ethix with a more global system with more extensive capabilities. However, no new deal materialised, to Banking Technology’s knowledge.

Around the same time, CBD went through an extensive revamp of its front-end software, modernising and harmonising the solutions across all delivery channels. The project included the introduction of a new virtual assistant – the first in the Middle East.

This was done to support CBD’s push into the retail market. As part of the project, the bank implemented Flexcube Direct from Oracle FSS for internet banking.

The channels are bound to the middleware layer based on WebMethods from Software AG (this project was carried out in 2011), which connects to the Ethix core.

CBD is also a flagship user of the Fusionbanking Trade Innovation trade finance system supplied by Finastra (formerly Misys). It is deployed on a Software-as-a-Service (SaaS) basis. CBD was the first major bank in the Middle East to go for an outsourced trade finance platform.

CBD provides conventional and Islamic banking services in the UAE. It has over $10 billion in assets and employs 1,000+ people.