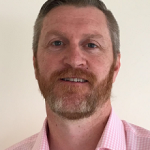 Upon Britain’s exit from the EU, the Irish company, which is owned by Terry Clune and Sinéad Fitzmaurice of the TaxBack Group, will become the only EU Payment Institution regulated throughout the EU and in every U.S. state, according to an announcement.

Conroy comes to TransferMate with more than 20 years of experience across technology and financial services companies such as Goldman Sachs, Misys Financial Software Systems and Axway. Most recently, he served as managing director of Realex Payments, following the company’s acquisition by Global Payments in March 2015.