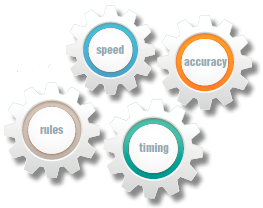 Corlytics, a regulatory risk intelligence firm, has named Peter Oakes and David Bundi to its global advisory board. Joining Brian Harte and Bryan Howett, the new advisory board appointments are charged with bolstering Corlytics’ “leadership position” in the growing global regtech industry.

Bundi is currently working as chief compliance officer at Swiss Hypothekarbank Lenzburg and as advisory board member at the regtech firm Qumram. He previously worked in the global policies area for UBS in Switzerland and the U.S., where he was a member of the global compliance innovation committee.

With dual Australian and Irish citizenship, Oakes works internationally as a board director of regulated firms and strategic adviser to financial and technology companies, central banks and professional service firms. His career has covered board director and chief risk officer at Bank of America Merchant Services, director at the Central Bank of Ireland, adviser to the governor and deputy governor of Saudi Arabian Monetary Agency, and enforcement roles at U.K. and Australian regulators. His areas of expertise include law, corporate strategy, central banking, risk-based supervision, enforcement and financial crime. Most recently, he founded FinTech Ireland and FinTech UK.

In other Corlytics news, the company was selected by law firm Allen & Overy as one of eight companies to move into its Fuse program. Fuse is a newly launched innovation space where its lawyers and technology firms team up to develop legal, regulatory and deal-related improvements.