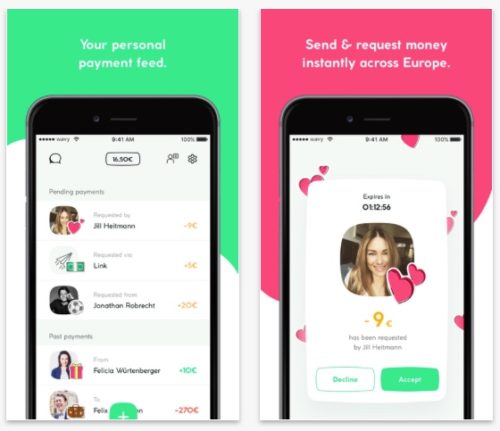 Is there a fintech company having a more impressive summer than Klarna, asks Finovate (Banking Technology‘s sister company).

The e-commerce innovator has forged strategic partnerships with and secured investments from Brightfolk, Visa and Permira in the past two months.

In June, the company added a full banking licence to its assets, making Klarna “one of Europe’s largest banks” in the words of CEO Sebastian Siemiatkowski.

By comparison, the recent unveiling of Wavy, a new, free P2P payments service is a relatively more modest move. Available in iOS and Android as well as online, the free app enables users in more than 30 European markets to transfer euros between friends and family.

Users connect their bank or credit card accounts to Wavy, and make transfers by generating a payment link which can be delivered over social media or to another Wavy account.

Also, recipients can receive and redeem payments via their bank accounts without having to sign up for the Wavy service. Users can pay requests for payment with EU-issued credit cards or Sofort Überweisung.

Wavy is the product of Klarna’s collaboration with the developers of P2P payment app Cookies, who joined Klarna late last year in the wake of Cookies’ filing for bankruptcy. At the time, Klarna praised the app for its combination of social features and user-friendly interface, and credited Cookies for being both one of the first personal finance management (PFM) apps to focus on younger users as well as the first to bring “near real-time” money transfers to Germany. Lamine Cheloufi, Cookies co-founder and now product director at Klarna, calls Wavy “the most accessible peer-to-peer payment service in Europe.”

Listening to Siemiatkowski, it almost seems as if Europe is just a first stop. “There are no borders in an online context, why should there be in payments?” Siemiatkowski says. “Klarna was founded with the goal to make online payments safe, simple, and smooth. Wavy is another step on that journey.”

Klarna provides single-click purchase experiences that enable direct payments, pay after delivery and instalment plans. The company was founded in 2005 in Sweden, and is currently headquartered in Columbus, Ohio. Klarna’s solutions are used by more than 60 million consumers and more than 70,000 merchants in 18 markets globally.