Market players are bullish on the near- and longer-term promise of fintech, according to new research by Opimas, “Fintech Spending and Innovation in Capital Markets”.

In 2017, it estimates fintech spending across all capital markets participants to exceed $127 billion.

Banks/financial institutions have already invested in 44 fintech deals this year, with Goldman Sachs and JP Morgan Chase among “the most aggressive on the investment front”. The former has made 15 unique investments, Opimas has found, while the latter has nine.

Opportunities for investment in fintech start-ups “abound”, the research and consultancy firm states.

“The growing influence of fintech in the capital markets is undeniable, arming three distinct groups of players in the drive to increase revenues and market share,” Opimas says. These are: 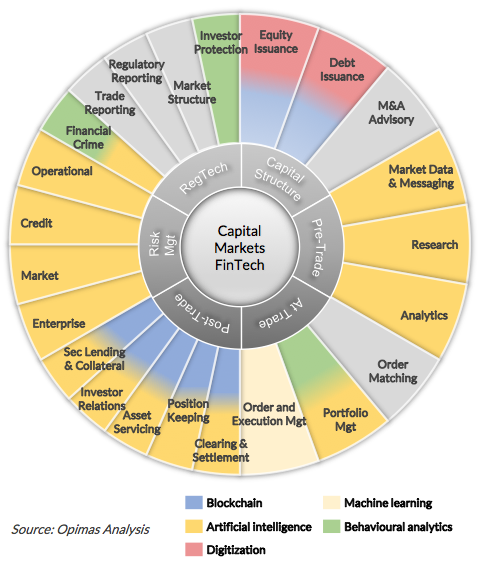 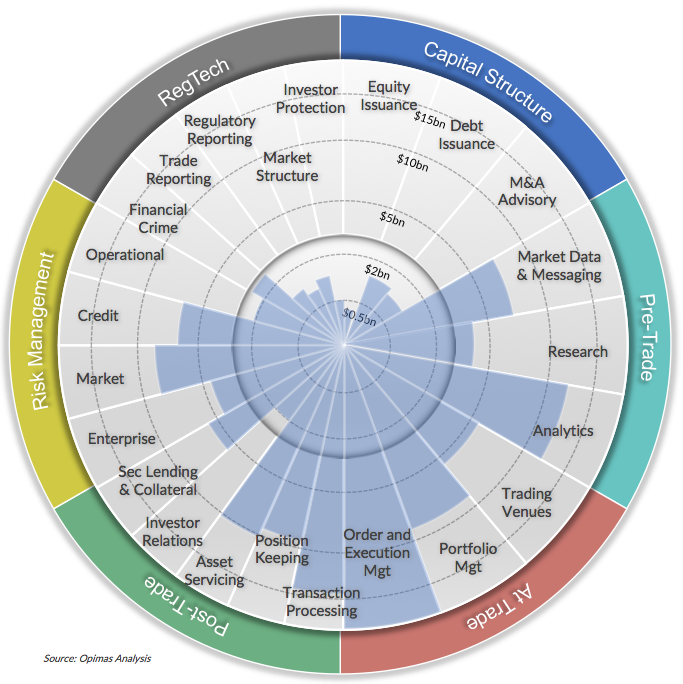