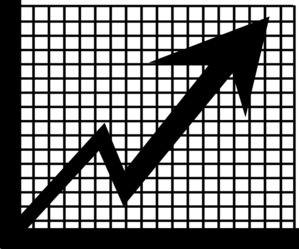 Green Dot reported strong numbers for the quarter ended June 30, 2017, including total GAAP revenues of $222.5 million, up from $173.5 million for the second quarter of 2016, representing a year-over-year increase of 28%.

Founder and CEO Steve Streit told investors that “the quarter represents the seventh consecutive quarter of better-than-expected performance, which is illustrative of Green Dot’s successful evolution from a monoline prepaid card program manager to a diversified and increasingly growing fintech powerhouse,” according to a Seeking Alpha transcript.

“Speaking more broadly, the financial results we’re delivering and the growing pipeline of large-scale of fintech partnerships, some of which you know about like our Uber partnership and now our work with Apple and other partnerships, which have not yet been announced, are the result of years of targeted investments, strategic acquisitions and an unwavering belief that the future of financial services, emanates from the cloud and sits in your hand,” he added.

Green Dot’s direct deposit active base hit record year-over-year consolidated growth with 83% of accounts receiving direct deposit, and 75% of all card loads coming from direct deposit in the quarter. Streit attributed the penetration of direct deposit to the “consistent and material improvement in customer quality” and “fine-tuning” direct deposit enrollment processes.

Streit also announced that Green Dot has entered into a definitive agreement to acquire a small secured credit card portfolio of about 25,000 cards. “While the purchase price is immaterial,” he said, “it does illustrate our strategic approach to M&A,” which will be part of the company’s ongoing growth strategy.

“When bolted on to our growing Green Dot secured credit card portfolio, which was a new start-from-scratch, organic investment initiative last year, the secured credit card product has the potential to be a solid contributor to revenue and profit as we continue to build scale over the next few years.”