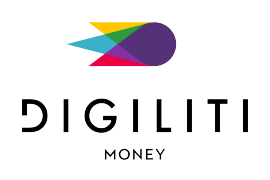 US-based fintech Digiliti Money (formerly Cachet Financial Solutions) is pondering its future in the light of financial troubles and the resignation of its founder, chairman and CEO, Jeffrey Mack.

Digiliti’s EVP and CFO, Bryan Meier, has assumed the position of interim CEO.

According to Digiliti’s new chairman, James L. Davis, Mack “has been instrumental in helping Digiliti transform from a pure-play remote deposit capture provider into a mobile money technology leader”.

Digiliti specialises in mobile money and remote deposit capture solutions for US banks and financial institutions. Its solutions are cloud/SaaS-based. The company was founded in 2010 and is based in Minneapolis, Minnesota.

It changed its name from Cachet Financial Solutions in April this year.

It says that since its inception it “has sold more than 900 products to over 600 financial services organisations”.

Digiliti “will be evaluating its go forward strategy”, Meier says. “Our near-term focus will be on our core products, growing our existing customers, and becoming more selective about the opportunities we pursue.

“In addition, we are reducing our cash burn to improve our bottom line performance.”

Money’s too tight to mention

For its Q2 results, Digiliti expects total revenue to be between $1.1-1.3 million, compared to $2 million for Q2 2016. It also expects “an accounts receivable reserve in the amount of $1.8 million, due to the unilateral non-contractual termination, shortly after the end of the second quarter of 2017, of a series of contracts by one customer”.

The vendor says it is “currently investigating its rights with respect to those customer contracts”.

Due, in part, to this development, as well as to revenue shortfall and current level of operating expenses, Digiliti is looking to seek financing to support its operations going forward.

According to Meier, Digiliti’s “sales pipeline of potential customers at the start of the quarter did not result in new contracts and product implementations”. He expects these deals to close in H2 2017, and also points out that Q2 saw 27 new customer signings, 53 product sales and 45 product go-lives. “The revenue from this activity will ramp up over time,” he says.

“In response to our revenue shortfall,” Meier continues, “we are in the process of implementing several cost-cutting initiatives, which we expect, on a full-year, continuing basis, to reduce our annual operating expenses by nearly $3 million when fully implemented by November 2017.”

However, if Digiliti is not able to achieve the required financing and sufficient positive cash flow from operations, in the near term, “it may not be able to continue as a going concern”.

The complete results for Q2 will be announced on 14 August 2017.

Digiliti’s stock is currently trading at under $1 per share. The company went for a public offering in March this year pricing its offering at $4.50 per share.