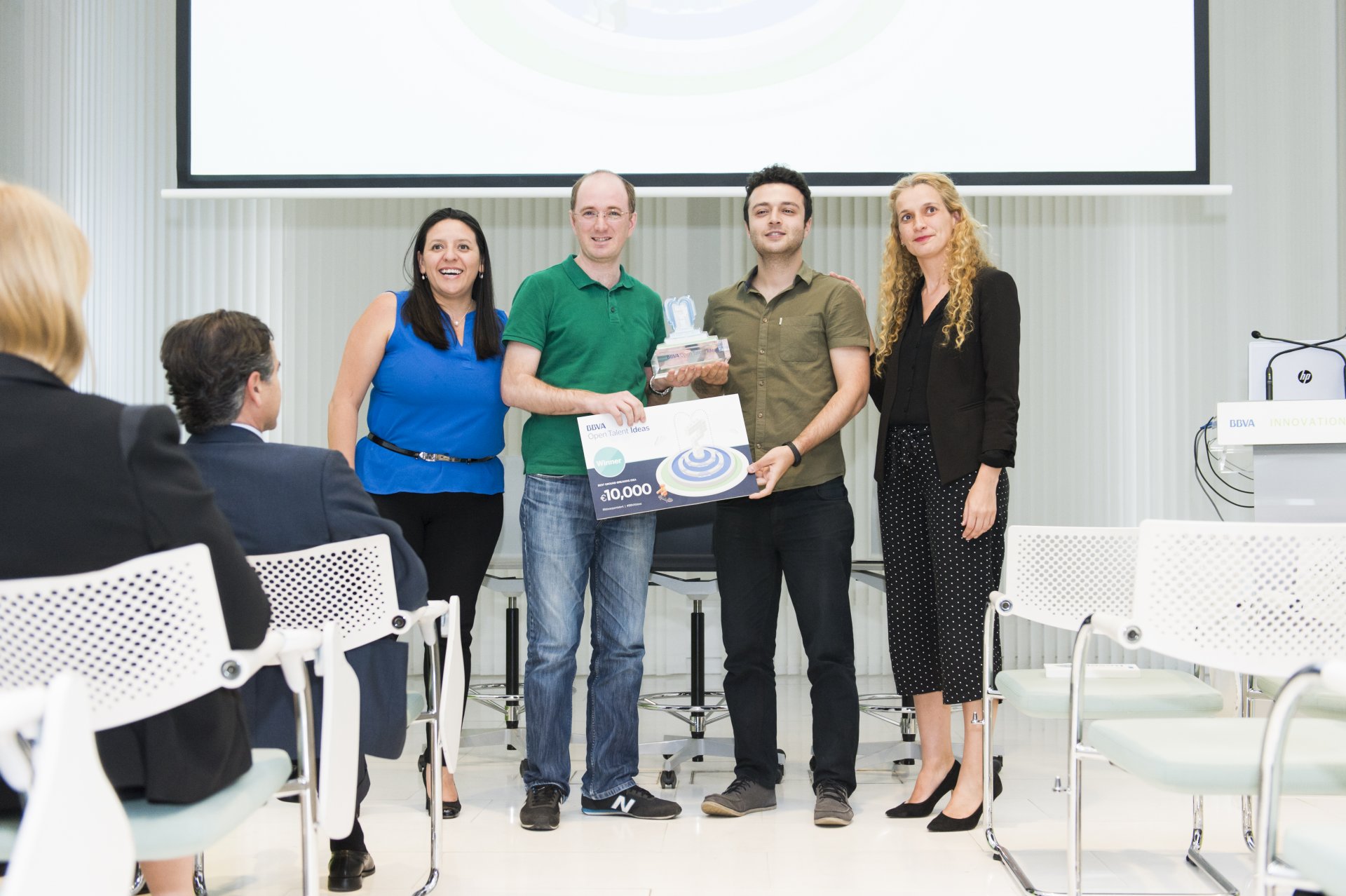 Representatives of the Garanti team receiving the award

BBVA launched the competition in February, and yesterday (5 June) the ten finalists presented their idea to experts from BBVA’s senior management.

The winning idea was GarantiStore, a mobile app able to identify products automatically. Through image recognition techniques or by scanning bar codes, the app recognises the product the user wants to purchase, allowing them to purchase it online.

The idea was the work of Reha Emekli, Ozcan Yahsi, Ozgur Sanli, Sabri Kantar and Dogukan Tizer – all members of Garanti’s payment method team. Garanti is a Turkish bank in which BBVA has a 49.85% stake.

The winners won a cash prize of €10,000, and received advice from BBVA’s senior management to develop their idea.

BBVA says for its Open Talent challenge, more than 300 ideas were contributed from 49 different countries.

Elsewhere, BBVA has been active in the area of innovation.

Last month, it unveiled its open banking programme and is making eight of its APIs commercially available for the first time.

While in April, it was one of ten more financial institutions that jumped onboard Ripple’s blockchain network for cross-border payments.