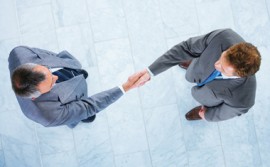 FIS has sold its Swiss core banking software business, Ambit Private Banking, which it inherited with the acquisition of Sungard, to New Access Banking Software.

Switzerland-based New Access specialises in front-end solutions for the private banking industry. With this acquisition, it has gained a suite of products for core banking (the system formerly known as Apsys), client management, analysis and control, market management, fund accounting and alternative investments.

Alexis Sikorsky, founder and CEO of New Access, says his company will be able to offer “a highly competitive front-to-back office software solution” that has “the entire functional coverage” a private bank needs.

New Access was founded by 2001. It currently employs 70 people in Switzerland, Singapore and Brazil, and says its software has been installed in over 120 banks’ sites in 20 countries.

Ambit Private Banking was one of a myriad of purchases made by Sungard. Its flagship core banking system has around 40 users, predominantly in Switzerland. The vendor had over the years attempted to enter other markets (such as the UK, for example) but failed to gain any significant international presence.

Later that year, FIS got rid of Sungard’s other core banking software business, Ambit Core Banking (formerly known as System Access). It sold it to a rival core banking system developer in Singapore, Silverlake Axis, for $12 million. It should be noted that Sungard had purchased System Access less ten years prior for… $120 million.