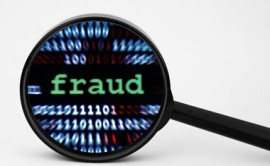 Pindrop: More than 61% of US fraud involves a phone call

Hoping to put a dent in a method of fraud that costs US companies $10 billion annually, PSCU, a credit union service organisation that serves 850+ credit unions, will use technology from Pindrop.

Pindrop’s solution will prevent call centre authentication fraud, which happens when criminals impersonate customers and gain access to their accounts via the call centre.

More than 61% of US fraud involves a phone call, according to Pindrop.

“The partnership with Pindrop will help toughen our resistance to this emerging fraud threat in the voice channel.”

Here’s how the Pindrop “Phoneprinting” technology works: it analyses some 150 characteristics of a call to create a unique audio “fingerprint” that can tell what type of phone the caller is using, where the call is coming from, whether the caller is known to the system and other traits that can identify probable fraud attempts.

Pin drop says its technology stops 80% of phone fraud and has a false positive rate of less than 1%.