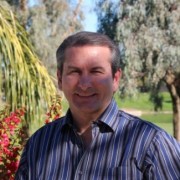 The latest funding efforts were first reported by Banking Technology in February.

Solaris has also made a number of key appointments. Gerrit Seidel, MD at Yabeo Capital, has been named as chairman of the fintech’s supervisory board. Roland Folz, former senior executive at Deutsche Bank, has been appointed CEO.

The new investors and management will help the German start-up expand into Asia, Europe and the US, it hopes. The US expansion is likely to be done via a local partner.

Solaris was launched last year. It offers a Banking-as-a-Platform service and holds a full banking licence. The company employs around 100 people.

It has recently announced a tie-up with another Berlin-based fintech, Penta, to provide banking services to SMEs and start-ups. Mastercard and mobile payments start-up Cringle are also on its partner list.