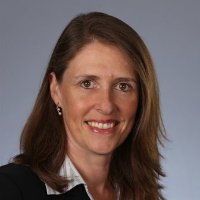 IBM and SecureKey Technologies are working together to enable a new digital identity and attribute sharing network based on IBM Blockchain.

When launched later this year, consumers can use the network to verify their identity for services such as new bank accounts, driver’s licences or utilities. IBM’s Blockchain service is built on top of the Linux Foundation’s open source Hyperledger Fabric v1.0.

Marie Wieck, general manager, IBM Blockchain, says this method is an “entirely different approach to identity verification” and “we have a head start on putting it on the blockchain”.

The network is currently in the testing phase in Canada, and once it goes live later in 2017 Canadian consumers will be able to opt-in to the new service using a mobile app.

Consumers – or network members – will be able to control what identifying information they share from trusted credentials to the organisations of their choice; for the latter to validate the consumer’s identity and arrange new services.

The Digital ID and Authentication Council of Canada (DIACC) and the Command Control and Interoperability Center for Advanced Data Analytics (CCICADA), a research centre funded by the US Department of Homeland Security Science & Technology Directorate, have also provided funding.

IBM has been enjoying a recent flurry of fintech activity.

It unveiled its new release of IBM Blockchain, the “first” enterprise-ready blockchain service based on Hyperledger Fabric.

It announced the “first commercially available” blockchain governance tools, and new open-source developer tools that automate the steps it takes to build with the Hyperledger Fabric from “weeks to days”.

On top of all this, IBM also teamed with Wanda Internet Technology to enter the public cloud business in China. This will be done via a new firm – Wanda Cloud Company – built on the IBM Cloud Platform.