DOJ Weighs in on CFPB Leadership Case, Calls for Changes to Dodd-Frank 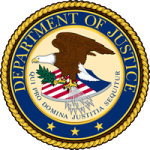 The Department of Justice (DOJ) has joined the fray in a legal battle over the constitutionality of the CFPB’s leadership structure. In an amicus brief filed with the D.C. Circuit Court of Appeals on March 17, the DOJ argued that the president should have the authority to fire the head of the CFPB, but stopped short of calling for the bureau’s leadership format to be changed. The brief was filed in relation to the case, PHH Corp. et al  v. CFPB, which is due to go before an en banc panel of judges from the D.C. Circuit Court in late May.

The DOJ on March 3 made an unopposed motion to file an amicus brief in the case, giving indication that the government could be switching sides in the case after the departure of the Obama administration, which had backed the CFPB. The Trump administration thus far has taken several steps to curb regulation, and President Trump himself has criticized what he’s called over-regulation for stifling economic growth.

In the 33-page brief, the DOJ cited language in the Dodd-Frank Act—which established the CFPB and its leadership structure—preventing the president from removing the head of the agency at will, allowing removal only for cause. That requirement is too restrictive of a president’s power to oversee federal agencies, the DOJ argued—especially because the CFPB is led by a single individual rather than a multimember commission.

“Because a single agency head is unchecked by the constraints of group decision-making among members appointed by different presidents, there is a greater risk that an ‘independent’ agency headed by a single person will engage in extreme departures from the president’s executive policy,” the DOJ said in the brief. “Under the Constitution and Supreme Court precedent, the general rule is that the president must have authority to remove executive branch agency heads at will.”

However, the DOJ said the proper remedy was simply to change the language of the law to authorize the president to remove the CFPB head at will, rather than adopting a committee leadership structure. A three-judge panel of the D.C. Circuit Court ruled in October 2016 that the single-leader model was unconstitutional, but that decision was vacated on Feb. 16, when the court granted the CFPB’s request for an en banc rehearing of the case before 10 of the court’s judges. Oral arguments in the rehearing are scheduled for May 24.

Meanwhile, the uncertainty around the PHH case has caused a ripple effect, throwing into question other CFPB investigations and providing fodder for additional court battles. On March 3, a three-judge panel of the D.C. Circuit Court, in a 2-1 decision, denied a bid by an anonymous company to preemptively stop a CFPB investigation, ruling that the company’s request relied upon the court’s decision in PHH. Because that decision has since been vacated for an en banc review, it’s not a sufficient basis upon which to grant the firm’s request for a preemptive injunction to stop the CFPB from investigating the company, the panel ruled.

The bureau in November 2016 issued a civil investigative demand against the company, known as John Doe Co. in the lawsuit. John Doe then sued the CFPB in January, seeking a preliminary injunction that would bar the agency from enforcing the investigative demand. U.S. District Judge Rudolph Contreras denied John Doe’s bid in February, one day after the D.C. Circuit Court of Appeals vacated its decision in the PHH case and granted the en banc review. The company then appealed to the D.C. Circuit Court of Appeals, which upheld Contreras’s ruling, deciding that the court couldn’t grant the injunction in the Doe case, because there was no indication that the full court would reach a ruling identical to the first in PHH.

However, the dissenting judge, Brett Kavanaugh, noted that the CFPB’s structure is indeed “likely to be ruled unconstitutional, whether by this court sitting en banc or by the Supreme Court.”