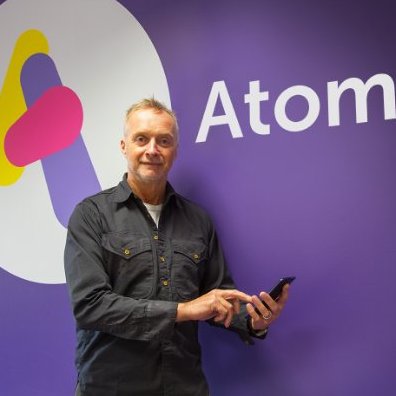 As Banking Technology reported late last year, Atom opened for all customers in the UK. Its “invitation only” phase is over and people can download the Atom App, both in IoS and Android, and open an account.

Atom chairman Anthony Thomson announced last August it intended to raise £100 million (now at £133 million) in the first quarter of 2017. Now he has confirmed to Business Insider that Atom Bank will be announcing a funding round “of that order … in the next few weeks”.

“To date, we’ve raised £135 million. We will just be announcing the closing of our next capital raise in the next few weeks,” Thompson told Business Insider.

He doesn’t name any specific investors, as being vague is in vogue. But BBVA is Atom’s biggest shareholder. BBVA invested £45 million in Atom before its launch, valuing it at £150 million.

Thomson adds that Atom plans to raise another £100 million towards the end of next year before pursuing a public listing.

The funding has now been confirmed. According to Sky News, Atom Bank will announce today (3 March) it has expanded its latest funding round to take in £113 million from the Spanish bank BBVA, Toscafund and Woodford Investment Management.

The capital-raising will value Atom Bank at £270 million, and is said to be the “first time that the lender’s wider management team will also be investing funds in the business”.

This development comes soon after annoying rapper and producer Will.i.am had struck an agreement with Atom Bank to act as a “technology consultant and spokesman”. Will.i.am will have an option to acquire up to 3.55 million shares in Atom Bank at a price of £1.15-per-share during a three-year period. In return, he will bring his voice and engage in public relations activity for Atom, attend board meetings and publish social media posts about the bank.

According to Sky News, Atom is due to hold a shareholder meeting today (3 March) to approve its latest fundraising plan.

Insiders say Atom’s cash call had been “fully subscribed by a trio of existing shareholders, with BBVA expected to own more than 30% of the company – a level that would usually trigger a mandatory offer for the remaining shares under the UK’s takeover code”.

Sky News adds: “Atom is said to have sought a waiver from the Takeover Panel to avoid that outcome, as well as the approval of banking regulators, which is required when a single shareholder owns at least 30% of a regulated financial institution.”

BBVA says it will participate with £29.4 million in Atom’s capital increase. The investment will allow BBVA to continue as Atom’s main strategic investor and maintain its stake of around 29.5%. BBVA is participating in this new funding round to support Atom’s “remarkable evolution”.

Recently, the bank signed a five-year deal which will see Phoebus’ lending software supporting its secured business lending and account servicing for Atom’s residential lending. The new platform will be used by the bank’s team to originate loans for customers through intermediary lending. Phoebus says “the first applications are now being processed”.

Atom also added another system to its bulging IT set-up. This is WDS Virtual Agent, which will answer customer queries from an AI bot within the bank’s mobile app. The solution is supplied by WDS, a subsidiary of Xerox. The vendor says it will “give the customers the power to self-service by getting immediate answers directly from the app”.

With so many new entrants trying to muscle into the UK banking sector, Banking Technology has put together a comprehensive list of the known challengers to date and the technology they are using. Get ready to scroll! It’s a long list.