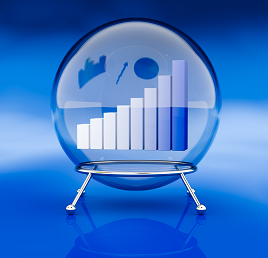 Developing new services, adopting the latest technologies and collaboration are the top priorities among payment schemes worldwide, according to a new study. Conducted by payments technology and services provider SIA in conjunction with advisory firm CC Associates and Italian payments and ATM services firm Consorzio Bancomat, the report canvassed 25 payment card schemes from five continents to gauge their top areas of focus and their view of the overall payments landscape.

Among respondents, 56 percent said developing new services was a highest-level priority, while 44 percent tabbed doing so as a “medium priority.” Meanwhile, activities focused on technology such as tokenization and new chip specifications were listed as a top priority by 42 percent of respondents and a medium priority by 50 percent. Regulatory issues and commercial concerns, including costs and revenues, each were cited by 25 percent of respondents as top priorities. (Respondents could list multiple issues for each priority level.)

Meanwhile, cooperation was viewed in an overwhelmingly positive light, with 92 percent of respondents saying that collaboration between providers within a particular market was necessary for the overall success of payments in that market. Cross-border standards also were held in high regard, with 92 percent of schemes reporting their offerings adhered to international technical standards, such as EMV, while 96 percent complied with international security standards, such as PCI.

The study found an overall sense of optimism about the future of payments, with nearly 70 percent of respondents considering their own prospects as improving, compared with 56 percent in the previous version of the study, from 2014. “I think it is the increased willingness of domestic schemes to collaborate that is causing a big uptick in their confidence about the future. And collaboration is now seen as essential if they are to remain relevant,” said John Chaplin, president, CC Associates.