How to make a success out of blockchain 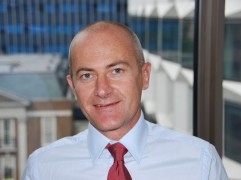 Philippe Ruault, BNP Paribas Securities Services: “Blockchain is an exciting innovation but the technology has flaws.”

Blockchain is now a business priority for the most senior executives at financial institutions. There is pressure for CEOs to decide how distributed ledger technology (DLT) fits into their business strategy, and those without a clear vision often incur scrutiny. Regulators also recognise how blockchain could advance their own processes, and some have created sandboxes and incubators to enable technologists to work on their innovations.

So what is all the excitement about? Blockchain or DLT is a single source of truth stored on a secure database which cannot be altered or changed by anybody. Transactional information or client data is stored sequentially, making it seamless for financial institutions or regulators to access.

Blockchain is an exciting innovation but the technology has flaws. It may be several years before blockchain migrates from the test stages to mainstream market applicability. Blockchain will have to be carefully analysed by market institutions and regulators given the systemic and highly supervised nature of the industry. Blockchain is in the test cycle of its life development, but challenges still lie unresolved.

The technology remains immature and there are a number of blockchain technology companies – each contending to have their own unique value add. In such a disorderly environment, standards are unlikely to be agreed upon about how blockchain should operate. These providers will have to consolidate and the dominant blockchain vendor is likely to utilise the protocol which eventually becomes the industry norm.

It is important that financial institutions and market utilities such as Swift, which have a long track record and thorough experience in developing industry-wide standards such as the ISO 20022 messaging format are included in any forums on blockchain standards. Groups including R3, which counts BNP Paribas as an active participant, are helping to make blockchain standards a reality. However, standards or regulations cannot be implemented until blockchain matures more fully.

The current blockchain test cases cover niche or illiquid asset classes. Blockchain must convince interested parties it can offer latency and scalability. Could blockchain effectively deal with millions of transactions that currently pass through the Target2Securities (T2S) platform without adding huge costs, disruptions or risk to those connected to T2S?

Some markets have taken a lead. The Chess platform operated by Australia Securities Exchange (ASX) is being phased out by blockchain in equity trade settlement and clearing. It is possible that a dematerialised market or a new economy unaccustomed to market infrastructures could create blockchain utilities with simplicity.

However, developed European, Asian and North American markets may find this harder as blockchain will have to interface and interoperate with huge volumes of legacy technologies and be compliant with long-standing regulations and market practices. Such technology conversions will also have risks during both the upgrade and actual implementation process. Any error during implementation could have systemic consequences.

Cyber security is clearly a major concern for financial institutions and, while blockchain may deploy highly-secure cryptography developed by the finest mathematical minds, that does not mean its systems are impenetrable. Transactions and customer information are proprietary and confidential, and Blockchain must convince the market its cyber defences are in line with industry and regulatory standards, if not superior.

If these challenges can be solved, how could blockchain impact the market? It could remove manual intervention for a number of repeatable processes like know your customer (KYC) and anti-money laundering (AML) checks. Customers must currently supply financial institutions with paper bank statements, personal identifications (e.g. birth certificates and passports) or tax documents for on-boarding purposes. Rules such as the US Foreign Account Tax Compliance Act (FATCA) and the OECD’s Common Reporting Standard (CRS) have only intensified the importance of client due diligence.

For the customer, paper-driven processes are inefficient and invasive. For financial institutions, they are costly, resource consuming and susceptible to errors. The latter can have obvious regulatory or even criminal consequences. In a Blockchain world, such laborious processes could be fully or partially abandoned. All it would require is for a financial institution to interface with the blockchain, pull out the relevant data and verify a specific client is tax compliant or absent from any criminal databases or sanctions lists. Intrusion for the customer is kept to the minimum, and costs for the financial institution are much reduced.

Blockchain is also being tested in crowdfunding, something which BNP Paribas Securities Services has been actively working on in the French market. This scheme will enable retail investors to lend to small to medium sized enterprises (SMEs) through financial instruments known as mini-bonds. These mini-bonds will be recorded and issued on a blockchain platform. At present, there is a strong case for blockchain to be used as a record-keeping device for illiquid transactions before being rolled out across multiple asset classes which are higher volume.

Blockchain may succeed in automating processes where many of its predecessors have failed. To scale such heights is naturally a tough proposition, and perseverance will be required as different parties try and figure out how to make use of the technology and in what format. Some years may pass before blockchain becomes an accepted market infrastructure.