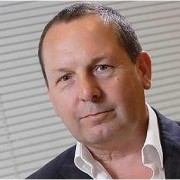 As first reported by Banking Technology, there is a newcomer on the UK challenger bank scene, ClearBank. The bank has now gone on the record about its focus and strategy.

ClearBank will be a bank for banks, FIs and fintechs, i.e. a clearing bank, offering customers access to UK payment systems and core banking technology to support current account capabilities.

“Financial services organisations, from banks and building societies through to new challenger banks and fintechs will be able to process payments and offer new competitive transactional banking services more cost effectively, efficiently and quickly than ever before possible,” ClearBank states.

Nick Ogden, founder and executive chairman of ClearBank, states it “was built specifically to create competition and aims to change the market dynamics radically”.

He adds: “With the improved efficiency delivered by ClearBank’s built-for-purpose technology, between £2 billion and £3 billion could be saved from the annual costs that are paid for transactional banking in the UK”.

This is hoped to boost the UK economy. The launch of ClearBank was attended by the Economic Secretary to the Treasury, Simon Kirby MP, who says the government is “creating the right environment for new banks to enter the market”.

ClearBank “will play an important role helping challenger banks access the services they need to do business, so they can compete effectively with the big players and deliver the benefits of greater choice and value for consumers and businesses”, Kirby states.

ClearBank has become the fifth clearing bank (that offers agency banking – clearing services to other banks), alongside banking behemoths such as Barclays, HSBC, Lloyds and RBS, and is the only one that does not offer retail banking services. This enables ClearBank to “offer a truly neutral and independent banking service to the financial services market” and not compete with its own clients.

ClearBank says to be the “only bank ever to join all UK payment schemes at once [Faster Payments, BACS and Chaps], supporting regulators to improve access to payment systems”.

The bank’s tech is cloud-based, built on Microsoft Azure (a combination of private and public clouds). It has a custom-built, integrated core banking system, known as ClearBank Core, and API developed in accordance with Swift’s ISO 20022 standards.

All of its funds are held at the Bank of England.

In addition to investments from the founding management team, ClearBank received £25 million from PPF Group and CFFI Ventures. All members of the ClearBank team participate in a share programme.

The bank also launched a graduate programme in late 2016. Having screened 3,000+ applications, it has started with six graduates in-house and offers a two-year Professional Retail Banking Certification.

At a media briefing at the Leadenhall Building in London today (28 February), ClearBank held its official launch and Ogden took questions from the media.

The bank took three years to get here, and Ogden says it “occupies a unique niche in the marketplace” as it has “no direct relation to the consumers” and offers a white label current account platform.

In terms of headcount, it has 50 staff located at the Gherkin (30 St Mary Axe) in London, who are “waiting for the phones to ring”.

As the first clearing bank in 250 years to enter the market, Ogden made much of this development, and notes that in 1960 there were 16 clearing banks. Today it is now five – a situation “not by design but as a consequence of the market consolidating”. The bank sees itself as bringing more competition to the market.

In fact, Hannah Nixon, MD of the UK’s Payment System Regulator, also made a brief speech and praised the bank for bringing in more competition. She says it “may be the first but not the last”.

As the bank was preparing for launch, Banking Technology noticed another new website called ClearBank Solutions had appeared. When asked if this was related to ClearBank, Ogden said no and was not aware of its existence.

Looking to the future, then for fundraising he says they have enough for now and does not anticipate more until 2020-21.

While today was the big launch, Ogden says the next six months will be “fairly quiet” as it gets on with its business. It will be back later with more news.