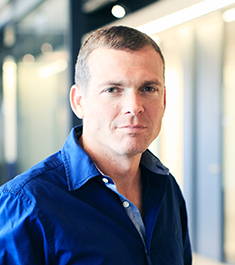 Microsoft and Qualcomm have invested in Team8, an Israel-based cybersecurity company.

Team8 also revealed a strategic partnership with Citi to assist with developing its products, and says this latest investment brings the total raised to more than $92 million.

Team8 was founded by Nadav Zafrir, Israel Grimberg and Liran Grinberg, all former members of the Israeli Defence Forces (IDF). The firm says it works with entrepreneurs to address problems in cybersecurity and help start-ups to get going.

“A large part of companies created won’t get to the finish line,” says Zafrir, Team8 CEO and former commander of the Israeli army’s technology and intelligence unit 8200.

While the announcement is new, Team8 reveals that Microsoft had been an investor since June.

Other investors in Team8 include Accenture, AT&T, Cisco and Nokia. Unsurprisingly, Zafrir says the “expectation of our investors is to build independent companies that will lead their sectors”.

According to Yoram Yaacovi, general manager of Microsoft Israel’s development centre, who spoke to Reuters, the number of attempted cyber attacks was 20,000 a week two or three years ago, that figure had now risen to 600,000-700,000.

Reuters says Israel has some 450 cybersecurity start-ups, which receive 20% of global investment in the sector.