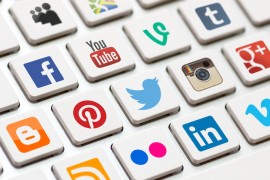 ICICI Bank has announced its partnership with Twitter to integrate a set of digital customer support features for the bank’s customers.

The bank says it is the first amongst its peers in India to add new features to its Twitter account for customer care. The account now has the message button and embedded deep links for moving a conversation from public to private. Queries and conversations are addressed in real-time, the bank says, and customers are encouraged to provide feedback.

Sujit Ganguli, senior general manager, ICICI Bank, emphasises the bank’s pioneering spirit when it comes to social media: “We are among the first few organisations in the country to have started resolving customer queries and requests on Twitter since 2009. We are also the first bank in Asia to introduce money transfer services on Twitter in 2015.”

Powered by the artificial intelligence (AI) tech developed by Niki.ai, an Indian fintech start-up, HDFC Bank OnChat can assist users with recharge, bill payments and booking a taxi. It can be used by customers and non-customers of HDFC Bank.

Nitin Chugh, head of digital banking at HDFC Bank, hopes the chatbot “will open conversational commerce and also help us in personalising a digital experience which otherwise is fairly impersonal”.

There are plans to introduce new features to other social media channels, such as Twitter and WeChat.

HDFC Bank’s research has shown that both younger and older generations are more comfortable for chatting rather than calling, Chugh comments. “Therefore, we thought chatbots would be important.”