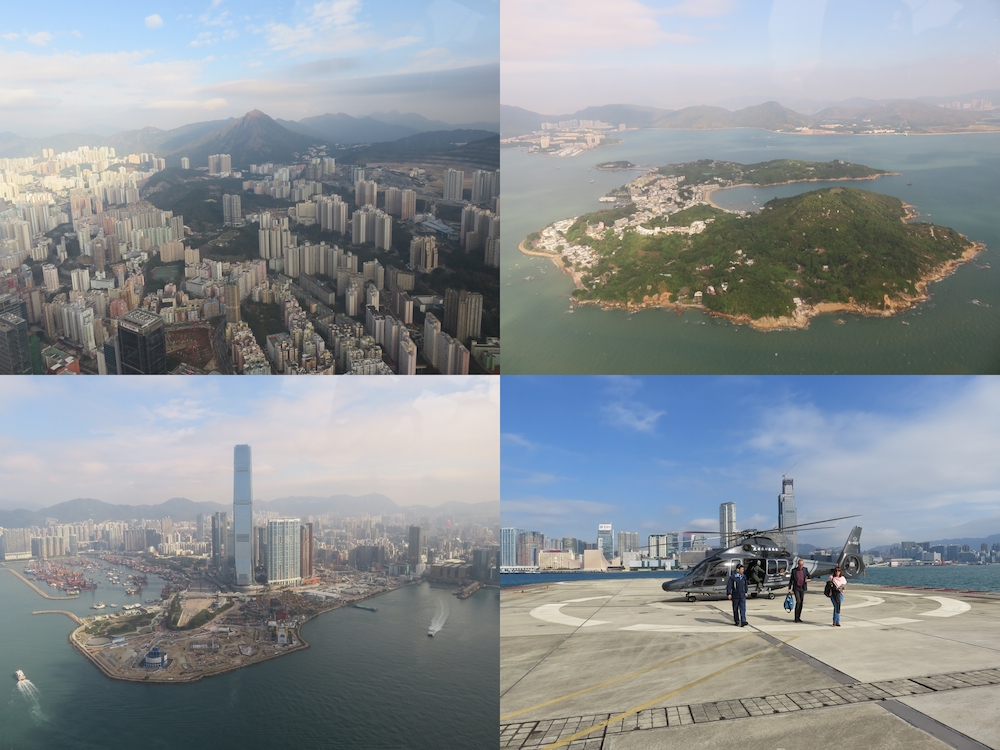 Hong Kong is telling its citizens and the world that fintech start-ups are welcome to do business and capitalise on the nation’s entrepreneurial spirit.

This is one message from a tour of Hong Kong given to the international media by the Government of the Hong Kong Special Administrative Region.

Charles Ng, acting director-general at InvestHK, says out of that total, 600 are non-Hong Kong founders, mostly from the US and Western Europe; while 65 are from mainland China.

Ng says the number “reflects on Hong Kong’s popularity for overseas start-ups further afield as a place to do business with the global market”.

Not all these start-ups are fintech. But either way, the country is famous for its energetic and realistic way of doing business. The spirit of the entrepreneur is in their DNA. How else do you turn a bunch of barren rocks into a bustling financial hub?

Come fly with me

On Tuesday (17 January), the day started with an entertaining helicopter tour of the islands. Not fintech, but tail fin tech. This was a chance to see the sights and enjoy the experience.

Later it was onto the 2017 StartmeupHK Festival. Again, this is not only fintech – it also covers retail and fashion technology – and the festival is not restricted to one location.

At a conference on “The Connected City”, held at PMQ on Aberdeen Street, we had a brief chance to see a showcase on IoT.

PMQ used to be the “Police Married Quarters” for married junior police officers, which was left unused for a while. Now the area has had a makeover and is home to 100+ local entrepreneurs. It had a good vibe and the air of creativity. It also proves that Hong Kong is willing to revamp buildings to help its people make money.

The conference was pretty small. About 150 people in attendance, but the speeches were good.

John Lilic, from New York-based blockchain production studio Consensys, praised the merits of Ethereum and Hong Kong. He lived here before so knew what he was talking about.

And in terms of blockchain, he says this year “will be huge”. But maybe they all say that. 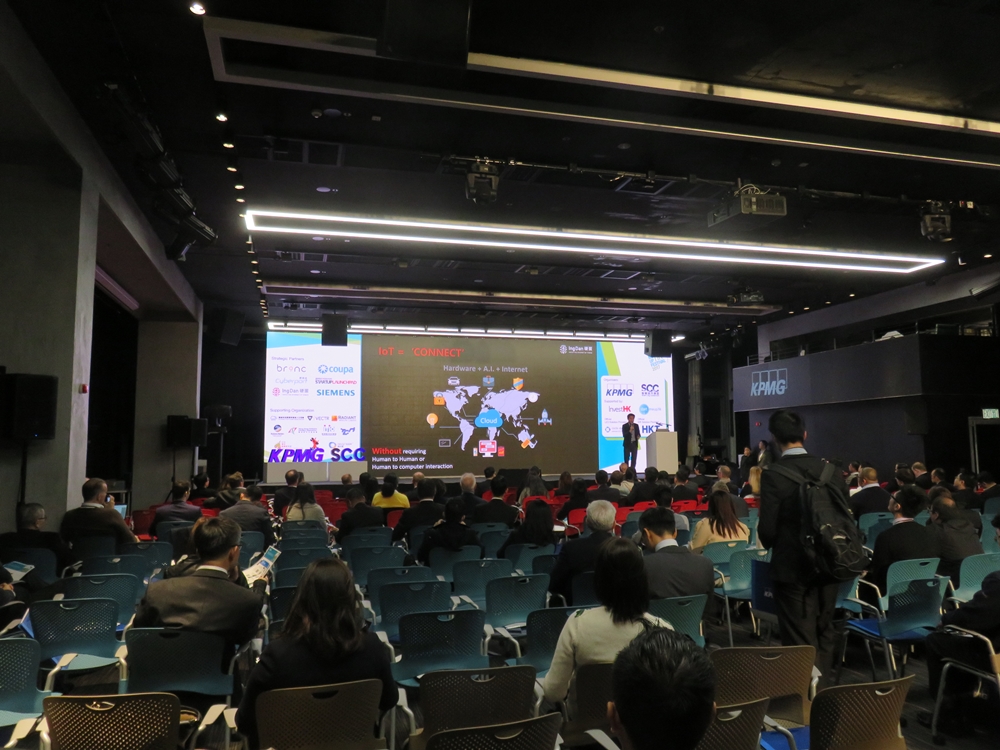 After PMQ, the evening was spent at the much larger Hong Kong Convention & Exhibition Centre.

This is still part of the StartmeupHK Festival, but billed as a “Venture Forum”. About 1,500 attendees had a chance to listen to speeches and panel discussions.

Greg So, secretary for Commerce and Economic Development of Hong Kong, revealed that the nation and Shenzhen (in mainland China) have signed a memorandum of understanding for the development of Lok Ma Chau Loop into an innovation and technology park.

It actually happened a few weeks ago, but So says this is the “largest innovation platform ever established in the history of Hong Kong”. There will be a focus on robotics, fintech, smart cities and pharmaceuticals.

So also shared its findings on a survey of 600 “foreign founders”. Based on its figures, 20% are from the US, 13% from the UK, 10% from China, and 10% from France. Hong Kong is always keen to emphasise its “multicultural and international flavour”.

Elsewhere, there was a good speech from Brett King, CEO of Moven, about artificial intelligence. And an interesting chat about Israel’s fintech scene with Karin Mayer Rubinstein, CEO of IATI (Israel Advanced Technology Industries).

They might be shared another time, such as with our new “Monday mindset” feature, but for now the focus should remain on Hong Kong.

An investor panel discussed the region’s start-up scene. Some felt the place is “not well connected”, so these firms need more support to find the right people to approach.

A few noted that “we don’t drive financial inclusion – so this is a huge opportunity for others”; and “we keep hearing the word fintech as people are not getting the message” in Hong Kong. More work to be done, but at least they’re talking about it openly.

The issue of Singapore unsurprisingly came up. One voice says the region “receives less support from the government compared to Singapore” and that the “angel [investment] community is harder to find than in other markets”.

Kent Ho, founder and partner of venture capital firm Spectrum 28, says the Hong Kong banking system “needs to be fixed as we lose a lot of start-ups to Singapore”. It would have been good to hear more on this, but the moderator moved on.

The stats back this up. In a 2016 study commissioned by the UK government, Ernst & Young ranked Singapore fourth among global fintech hubs, while Hong Kong came seventh. While it may lag behind Singapore, it is trying to catch up. 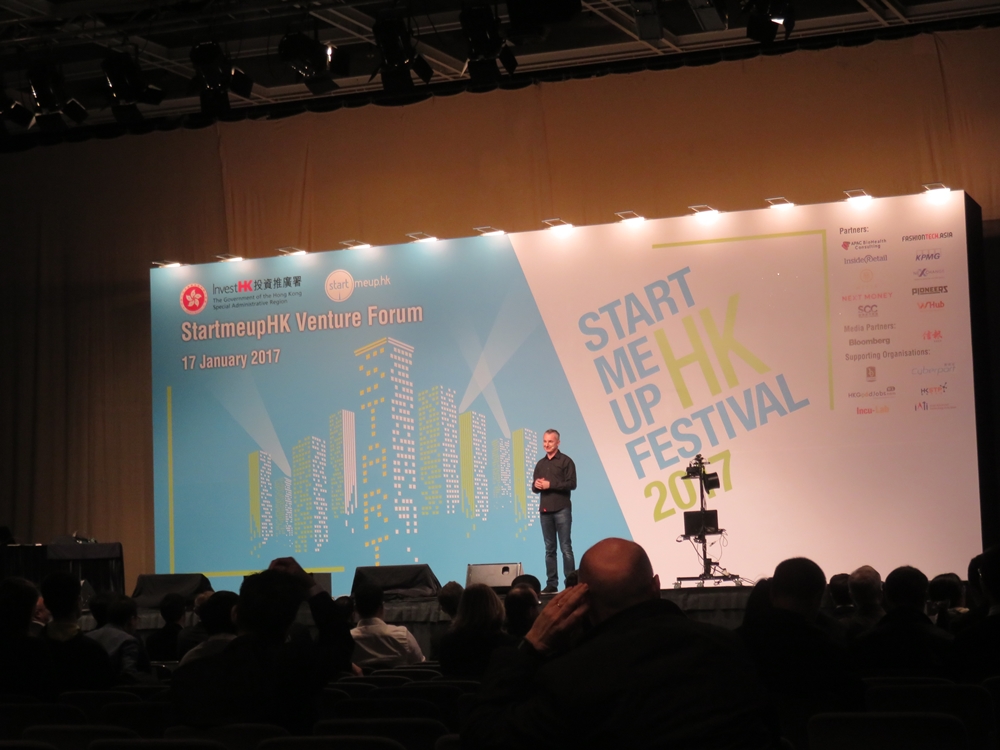 The day went very well. The media got a well organised and interesting insight into the Hong Kong scene. I would have liked to have met some more local fintech firms, but there were a number of cancellations at the last minute. These things happen, however, these companies now don’t get a mention and might have missed out on an opportunity.

This is my third visit to the place, and I’ve also lived in Tianjin, China for three years – so there was an air of familiarity about the place. But if you’re new to the place, it wouldn’t be a problem. The people of Hong Kong are lively, friendly, pragmatic and are keen to do business.

As with Banking Technology’s recent tours of Toronto and Lithuania, the country is telling the world its open to you.

There will be more reports on Hong Kong as Banking Technology is here all week.