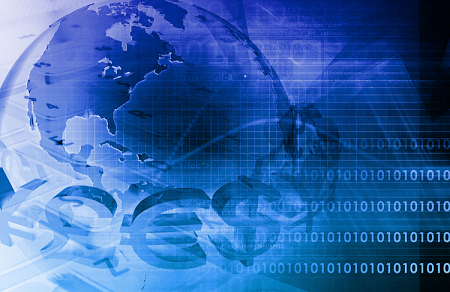 Ant Financial Services Group, the online and mobile financial services affiliate of Chinese e-commerce giant Alibaba Group, has just become a competitive juggernaut in the remittance business with the acquisition of MoneyGram, the second-largest provider of money transfer services based in the U.S. The transaction of approximately $880 million for all of MoneyGram’s common and preferred shares announced Jan. 26, not only helps MoneyGram compete with Western Union, it helps the combined company compete with startups that have been trying to shake up the market for years.

The U.S. is the No. 1 remittance country in the world and it takes significant time and money to become licensed to operate in the U.S.,” says Talie Baker, analyst, Aite Group. “By acquiring MoneyGram, Ant Financial is able to get into the remittance business immediately.”

MoneyGram is a licensed money transmitter in all 53 U.S. states and territories and more than 200 countries. “If Ant had to apply and register for these licenses on a state-by-state and country-by-country basis, it would cost millions of dollars and take years. In one fell swoop, Ant becomes a global, reputable, licensed money service business (MSB),” Michael Moeser, director of payments, Javelin Strategy and Research tells Paybefore.

The acquisition comes during a time remittances are growing. The remittance market was $581.6 billion in 2015, according to the World Bank’s most recent data, and is predicted to grow to more than $650 billion in 2018. Ant is buying into that growing revenue stream. In particular, remittances to China were $64 billion in 2015, making it the second-largest receiving market after India at $69 billion.  Ant Financial’s connection between MoneyGram’s 2.4 billion bank and mobile accounts with the 435 million customers of Ant’s Alipay division “will make this a behemoth in payments serving almost 3 billion people,” Moeser adds.

That innovation may come through mobile and online services. Nearly three-fourths of men and 64 percent of women who sent international remittances in 2016 used a phone or PC, with the rest using an agent or bank branch, according to Javelin research. By enabling recipients to use their phones and PCs in their home countries, MoneyGram will be able to digitally connect senders and recipients, generating additional revenue for the company, according to Moeser.

All Ant Financial has to do is offer an incentive to Chinese consumers sending and receiving billions in “remittances to have them use MoneyGram instead of Western Union or Ria or Xoom, etc., so the funds automatically show up in an Alipay wallet and it’s game over for the competition,” he says. “Do the same thing in India with Paytm and then, bang, the two largest remittance receiving countries are controlled by Ant.”

This acquisition strengthens MoneyGram’s position against the startup threat as well, according to Baker. “The startups are going to need to continue to offer really compelling customer experiences in order to gain and maintain market share,” she says.

The acquisition is expected to close in the second half of this year, pending regulatory approval. MoneyGram will remain headquartered in Dallas and will retain its brand name and management team. Alex Holmes will continue to serve as CEO and work with Douglas Feagin, senior vice president of Ant Financial, and Souheil Badran, general manager for North America, from Ant Financial.