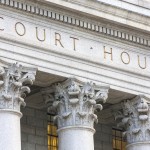 On Dec. 1, retailers involved in long-standing litigation against Visa and Mastercard asked the Supreme Court to reconsider a landmark $7.25 billion settlement that was rejected by the Second Circuit Court of Appeals earlier this year. The suit involving some 12 million merchants was filed a decade ago and alleged that the two payment card networks improperly fixed interchange fees. Numerous merchants objected to the deal, however, and the Second Circuit consequently rejected the 4-year-old proposed settlement on the basis that deal forced merchants to unfairly give up their rights to sue in the future over interchange fees.

The rejection of the deal was met with disappointment on the part of the payment networks, but generally was celebrated by merchants that had originally objected to the deal out of a fear that it would harm their interests by potentially allowing the payment networks to charge higher interchange fees without any recourse. The retailers objecting to the Second Circuit’s rejection of the settlement took issue with the objecting merchants’ rationale, arguing that the objectors should not be able to destroy a hard-fought settlement and noting that there’s no evidence that the objecting merchants could negotiate a better deal than the one rejected by the Second Circuit.