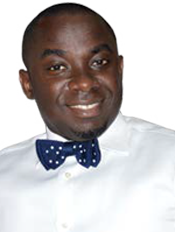 Ghana-based Beige Capital Savings and Loans (BCSL) is in the final stages of rolling out Temenos’ T24 core banking system.

The T24 project formally kicked off in February this year, after the November 2015 launch of BCSL’s new technology centre in Accra. During that same period consultants from Temenos and London-based systems integrator Jethro were contracted as on-site implementation partners.

Banking Technology understands the contract was signed in early 2015. In addition to the T24 core, the deal includes the vendor’s internet banking (Temenos Connect) and analytics (Insight BI) products, it is understood.

Mike Nyinaku, CEO of Beige Capital Savings and Loans, says it is “experiencing significant growth and sophistication that requires a more robust platform”.

He adds that it processes “over 50,000 transactions almost every working day”. The bank says it has over two million customers.

Nyinaku also “hinted” that BCSL, in the near future, would “outdoor digital banking offerings that will open up financial services to the bank’s customers and also to reach the unbanked and the underbanked”. No specifics or any time frames were disclosed about these plans.

Beige Capital is the banking arm of The Beige Group (TBG). TBG is a financial services provider with business interests in banking, pensions, insurance and investments.

Temenos has had a number of notable projects in Africa this year.

Housing and Development Bank (HDB) in Egypt went live with T24. The new system ousted an in-house legacy development that “had been deeply customised to cater for HDB’s specific requirements”, according to Temenos.

Nigeria-based Sterling Bank went live with T24 – in a “big-bang” switchover – being rolled out across the entire branch network of 185 locations.