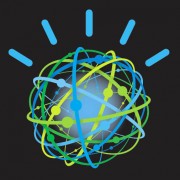 IBM Watson has launched a testing programme for its cyber security tech, which includes 40 companies from various sectors worldwide. On the financial services side, participants include Sun Life Financial and Sumitomo Mitsui Banking Corporation.

Beta customers will be applying Watson tech for new use cases such as:

According to Sandy Bird, CTO, IBM Security, “customers are in the early stages of implementing cognitive security technologies”. Only 7% of security professionals claim to be using cognitive solutions, he says.

“Our research suggests this adoption will increase three fold over the next three years,” he adds.