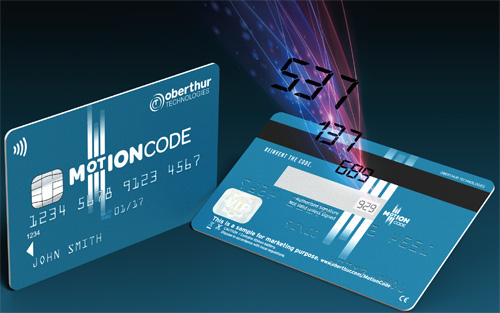 Société Générale and Oberthur Technologies (OT) have teamed up to launch a new form of three-digital codes for improved card security.

Following “successful” testing among more than 500 people, the solution – called OT Motion Code – replaces the three-digit security code usually printed on the back of the card with a mini-screen displaying a new “dynamic” code which is refreshed automatically and randomly every hour.

The firms say if the card data gets stolen, the three-digit security code becomes useless within an hour, preventing fraudsters from re-using the information on e-commerce sites. It is designed to help fight cybercrime, and the solution “changes nothing on the online purchasing process”.

This option is available to Société Générale’s retail customers in France holding a CB/Visa card at a price of €12 per year, in addition to the card subscription.

Société Générale has been innovative and active this year.

It launched its new innovation hub – The Dunes – a 126,000 square-metre building complex in Val-de-Fontenay, a suburb of Paris.

FNZ got the nod to build a new BPO centre for Société Générale’s private banking business.