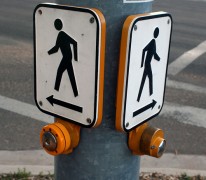 Morgan Stanley and National Australia Bank (NAB) are understood not to be renewing their membership with the R3 blockchain consortium.

According to Reuters, the two banks refused to take part in the upcoming funding round in which R3 aims to raise $150 million, and are leaving the consortium.

The blockchain consortia space is getting crowded.

Meanwhile, earlier this year, Morgan Stanley filed for a blockchain patent in the US, and so did Goldman Sachs.

NAB teamed up with Ripple for a proof-of-concept of a blockchain-based international money transfer. Using Ripple’s distributed ledger technology, the bank transferred AU$10 ($7.6) to CIBC in Canada. According to NAB, it took ten seconds to process.

Recently, SEB has voiced its concerns about R3.

However, according to Reuters, the majority of the first 42 bank members of the consortium are keen to stay on and invest.

R3 was initially planning to raise $200 million, but this figure has now been revised down to $150 million. In return, R3 will give its bank members a 60% stake in the company. The sum is expected to be raised in stages over the next nine to 12 months. If the target is not reached, other strategic investors – such as technology companies – will be brought in, according to the reports.

It is understood that R3 is going to create a standalone company that will provide shared services to the owners. R3 will have a minority stake (10%) in the utility and will run it for ten years, Banking Technology understands.