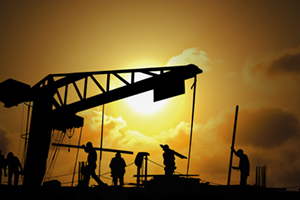 SETL, Deloitte and Metro Bank say they have completed “a series of firsts”. SETL provided a contactless smartcard for digitised payments (based on blockchain), Deloitte applied its Smart Identity blockchain ID system, and Metro Bank hosted a connected client account.

In an initial test, 100+ people used contactless smartcards to make purchases from merchants equipped with contactless terminals. SETL states that consumers and merchant balances were updated live-time, with all balances held at Metro Bank.

“In addition, it opens the door to competition in merchant servicing to challenger banks, which are all but excluded from this activity by the incumbent clearing banks.”

SETL hopes to launch this service to a wider market in 2017, once regulatory approval is granted.

In onboarding participants, Deloitte’s Smart Identity “communicated” with SETL’s payment blockchain. Customers created their identity records on the Deloitte blockchain and had their key details certified by Deloitte. These certified details were then asserted to the SETL blockchain to set up user credentials.

SETL believes this “to be the first commercial inter-blockchain application demonstrating how portable, cryptographically secured identity might be applied in a real-world consumer environment”.

SETL also highlights “the instant settlement for the retailer” and “the possibility of charges being only a fraction of the credit and debit card schemes”.

But there is more: “The use of point to point encryption significantly reduces the possibility of the kind of wholesale data leakage that has impacted the legacy consumer payment infrastructure over the last decades.”

Payments is “an often overlooked but critical part of a customer’s journey”, comments Craig Donaldson, CEO of Metro Bank.

“Retail payments have for too long been dominated by a few players to the detriment of customers,” he adds. Blockchain has the potential to change this drastically, he feels.