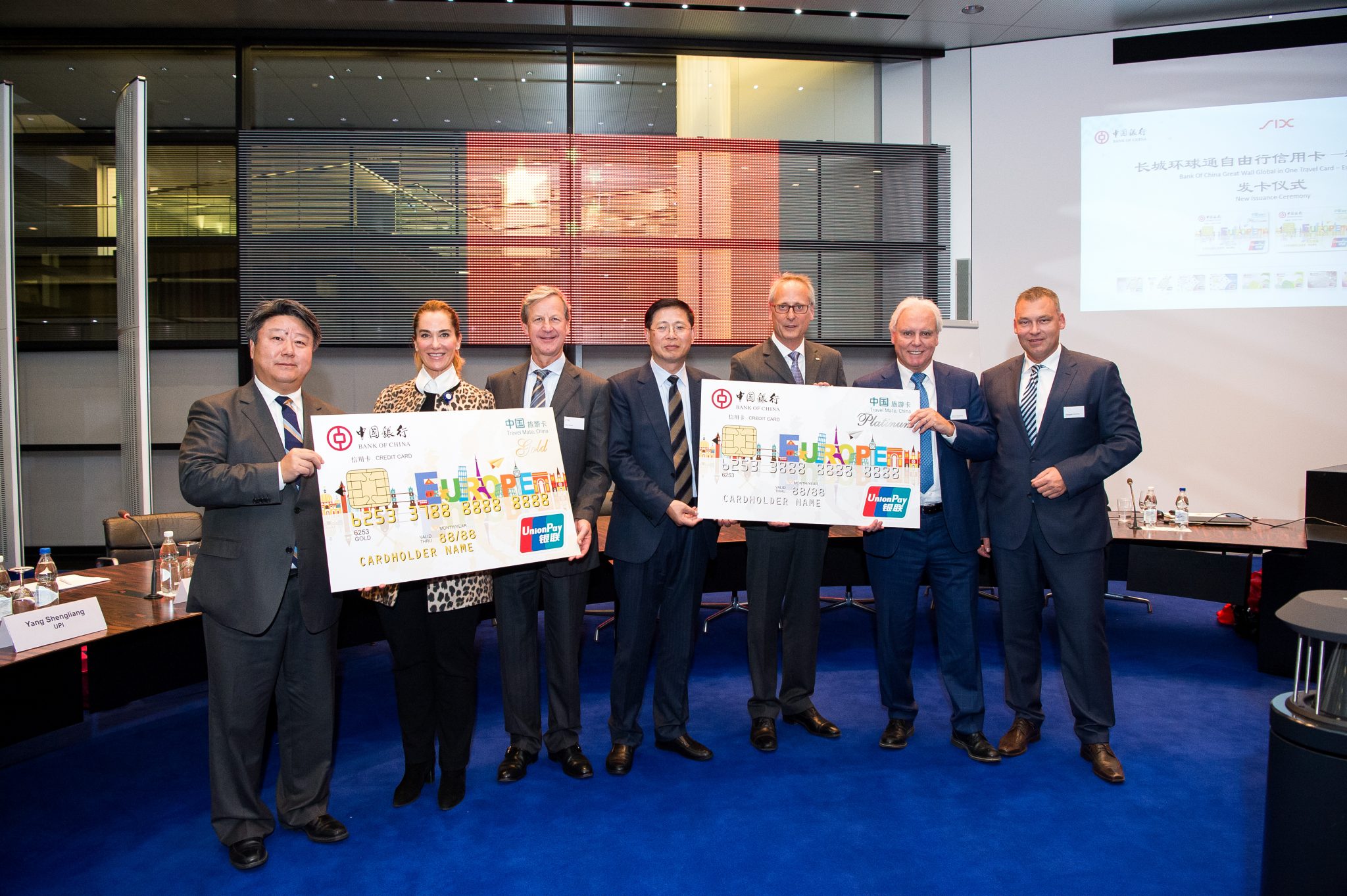 Card not shown to actual size

The “Europe Card” card is aimed at Chinese consumers traveling to Europe for business or leisure purposes. SIX says as an incentive during the launch phase, cardholders are eligible for up to 5% cash back for purchases at selected merchants.

Jürg Weber, division CEO of SIX Payment Services, adds that “merchants benefit from a free advertising platform that directs Chinese consumers towards their stores in person or in the future also via e-commerce”.

The new card is a further addition to the Bank of China’s “Travel Mate Credit Card” programme of approximately two million cards, including Korea Card, Japan Card and USA Card, all based on the UnionPay scheme.

SIX has been UnionPay’s European acquiring partner for ten years, and says in Switzerland, 90% of the merchant customers of SIX accept UnionPay cards. SIX Payment Services operates as a subsidiary of SIX Group.

Bank of China is one of the five biggest banks in China owned by the state, with a circulation of 46 million credit cards and 3.8 billion debit cards.

UnionPay is a subsidiary of China UnionPay. Earlier this year, the former signed a five-year deal with VocaLink, the payment systems provider, to enable UnionPay cardholders to access ATMs in the UK and continental Europe.

Chinese tourism in Europe (and beyond) has been powering a lot of partnerships this year.

In three separate deals, Alipay has teamed with Verifone, Zapper and Ingenico to enable retailers to accept payments from Chinese visitors.