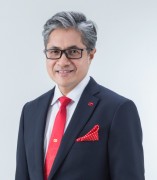 AmBank will be launching “a new phase of mobile banking very soon”, according to the bank’s new group CEO, Dato’ Sulaiman Mohd Tahir.

Sulaiman, who’s been at the helm of AmBank for one year (he moved from CIMB), told Business Times: “I am skipping desktop banking and going for mobile because mobile is so convenient.”

The mobile solution is part of the bank’s new digital banking platform, supplied by Backbase. The roll-out is underway. Sulaiman described Backbase’s product as “a highly valuable and agile system”.

He feels that the bank should be focusing its resources on mobile and digital – it will be a “quantum leap” for the bank’s performance. “I can get an additional 40% improvement in my results,” he said to Business Times.

“It is about leveraging on what we have by strengthening the bank and making sure we cover the gaps. Then we can be competitive. Technology is an opportunity to get there faster.”

AmBank already has a new core banking system, TCS Bancs. The project took a number of years, 50,000 test cycles, 100 tech firms and MYR 500 million ($115 million) to complete. TCS Bancs replaced a very old version of FIS’s Systematics that had been running at the bank since the late 1980s.

AmBank is Malaysia’s sixth largest bank at present, but harbours aspirations to become a top-four player by 2020.