Trouble in the R3 paradise? 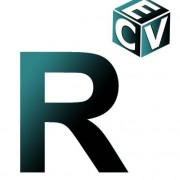 More than 60 of financial institutions around the world (including many top-tier banks) are involved in the R3 consortium, with considerable financial and resource commitments. The international consortium promises to build a common blockchain-based platform – called Corda – but the end-result is still a number of years away.

Meanwhile, large US banks such as Morgan Stanley and Goldman Sachs (which are also members of R3), have filed patents for their own blockchain projects, which threatens to derail the project, according to an article by Jonas Leijonhufvud at Sweden-based DI Digital.

A representative of SEB at R3, Kristian Gårder, told Leijonhufvud that the R3 project requires a significant amount of time and resources from the banks in the consortium. SEB, for instance, has around ten employees committed to it.

The bank was one of the founding partners of R3 (today, the consortium has 43 partners and 65 members).

“The R3 consortium has applied for a patent for Corda. But both Morgan Stanley and Goldman Sachs have applied for their own blockchain patents, and they are not alone in doing so,” Gårder said.

“Members will obviously worry if some R3 members seek patents that we’ve discussed together. Now we are beginning to see alliances form.”

The distrust caused by these individual patent applications may prove fatal to the common platform strategy of R3, he feels. And whilst he believes that Corda will be eventually launched, the question is what happens after that.

“The risk is that Corda is not used by all the banks. If that happens it’s benefit will be severely limited. It’s a huge challenge to get 65 banks to co-operate,” Leijonhufvud quotes Gårder.

“We will probably know the outcome of this within three months.”

SEB’s position is that Corda should be open and available to the entire financial community. But if this broad co-operation ultimately fails, the underlying technology and the experience gained would still be useful, Gårder said.

“We have never seen R3 as a risk-free project.”

Déjà vu, anyone?
During the tech boom of the 1990s, the international financial services community decided to set up the Global Straight Through Processing Association (GSTPA), an industry utility focused on providing central matching of trade details between investment managers, broker-dealers, and global custodians. Its flagship product was the Transaction Flow Manager core matching engine.

The organisation received a lot of media and industry attention – with a sizeable haul of members as a result. The participants invested millions into the project. For instance, Northern Trust sank about €5 million into the GSTPA.

All in all, GSTPA gobbled up €90 million from its members and shareholders.

But the organisation went bust and was dissolved in the early 2000s. GSTPA’s CEO Jurgen Marziniak, who came onboard shortly before the company’s demise, commented at the time: “There is just no business. We built a very beautiful machine, a nice car that nobody wants to buy.”

Another major shareholder, Bank of New York, commented later on that from quite early the utility had little chance of success. Tom Perna, senior executive VP at the Bank of New York at the time, said: “Once the project started, there were personality issues and a lot of individual self-interest on a number of parties getting into politics.

“It just became a flawed project that was doomed to fail. It is unfortunate that the industry had to spend $100 million in hard cash.”

The only winners, Perna added, were the consultants.