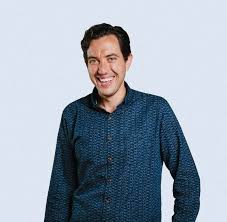 Users have the option to run their prototypes on a test network, or “testnet”, operated by Chain, Microsoft, and the Initiative for Cryptocurrencies and Contracts (IC3), a collaboration of Cornell University, Cornell Tech, UC Berkeley, University of Illinois at Urbana-Champaign and the Technion.

Ryan Smith, CTO of Chain, says the system was “created from the ground up to suit the scalability and security requirements of the financial industry”.

The platform is a result of a “multi-year effort” between Chain and financial firms to build blockchain architecture that “maps to the use cases of the financial industry.” Chain says it is already being used to launch products by firms in payments, banking and capital markets.

The edition comes with a Java SDK, code samples and getting started guides, as well as installers and a dashboard interface for Windows, Mac and Linux. In addition, Chain has published the complete technical specification of the Chain Protocol (formerly known as the Chain Open Standard) as well as a summary whitepaper. It says the Chain Protocol is the underlying cryptographic protocol, authored and maintained by Chain, that defines the data model, validation rules, and consensus mechanism implemented in Chain Core.

This launch follows quickly on the heels of Chain and Visa unveiling Visa B2B Connect, a new blockchain-based platform. At present, the solution is in preview mode. It will be piloted in 2017.

Another blockchain specialist, R3, has just unveiled its plans to provide its Corda distributed ledger platform on an open source basis, as it hopes to make it an industry standard.